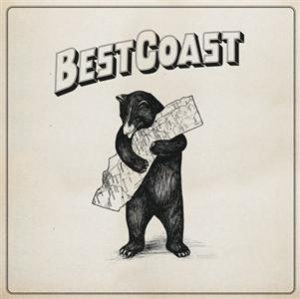 When I was in high school, I drove an old Datsun but paid to have a pricey CD changer installed. Not practical, but critical as music could make you forget things you wanted to forget, such as the fact that you drove an old Datsun. Ritually, I would change the CDs according to season, and, pre-iPod, I attempted to create a soundtrack for the lonely winters, brisk falls, and promising springs. Nothing compared to a summer soundtrack, though, and still today, I wait for the one album that will set the tone for those hot days and steamy nights.

Best Coast’s second album, “The Only Place,” is the summer soundtrack for 2012.

With lyrics such as, “Why would you live anywhere else?/We’ve got the ocean, got the babes/Got the sun, we’ve got the waves/This is the only place for me,” the backdrop of Southern California creeps into your head and you could be anywhere—a crowded beach in Chicago or a frozen pond in Siberia—and long for a pair of cut-offs and a tube top. Best Coast duo Bethany Cosentino and Babb Bruno have put together a mostly mellow album of catchy indie-pop songs that will creep up on you at work or in bed. Cosentino’s voice lingers and lilts just like cigarette smoke in hot, hazy air.

Amanda Motyka is a housing provider by day and an undercover rebel writer at night. She likes spending the weekends with her man, her dog and a cold one.