Forget autumn in New York, Chicago is the place to be since that’s where audiences can see Frida Kahlo and Sylvia Plath come to life on stage, Nicole Kidman deal with life on screen, and dancers making Gaslighting a good thing. It’s all part of a cornucopia of entertaining festivals slated for this fall.

As part of DESTINOS – the 2nd Chicago International Latino Theater Festival, Steppenwolf Theatre Company’s LookOut Series will showcase the work of four Latino theater companies at its 1700 Theatre on Halsted. The events kick off with Néstor Caballero’s “Musas” (Sept. 20-23) about a fictional meeting between real life painter Frida Kahlo and poet Sylvia Plath.

“Frida Kahlo and Sylva Plath left a legacy of work that guides artistic creation to this day. This play allows us to witness an imagined and thrilling conversation between these revolutionary creators,” says Ydalmi Noriega, Community and Foundation Relations director for The Poetry Foundation, which is co-presenting the Water People Theater production with the Chicago Latino Theater Alliance and American Writers Museum.

Steppenwolf’s LookOut Series also includes “The Better Half” (Nov. 2-17). Created and directed by Julia Rhoads and Leslie Danzig, the Lucky Plush production is a dance version of the 1944 thriller “Gaslight” for which actress Ingrid Bergman won an Oscar.

A free mini-festival known as the B-Series (Oct. 13) celebrates the aesthetics of hip hop and other forms of street dance at the Dance Center of Columbia College Chicago on Michigan Avenue. 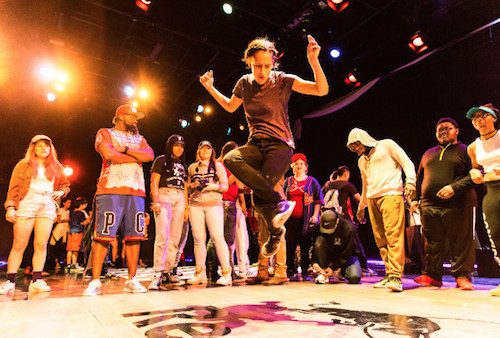 Staged readings of six feminist plays will be showcased during the Artemisia Fall Festival at Chicago’s Edge Theater on Broadway.

“Artemisia’s work inspires gender parity, which has been statistically shown to make for better and safer communities,” says the company’s Founding Artistic Director Julie Proudfoot, who curated the festival with Literary Manager Sharai Bohannon. “We believe that men as well as women can be feminists.” As such, all are welcome to attend the fest, which includes post-show talkbacks on empowerment and inclusion. The event concludes with a closing night party (Oct. 3) following the reading of Lauren Ferebee’s “Every Waiting Heart” directed by Proudfoot.