On Monday morning employees at the Planned Parenthood on 5725 N. Broadway St. arrived at the clinic to see a window smashed in. “It looked like a really big bullet hole,” said an employee. The next day, the glass door was also shattered and is now held by a piece of black plywood. 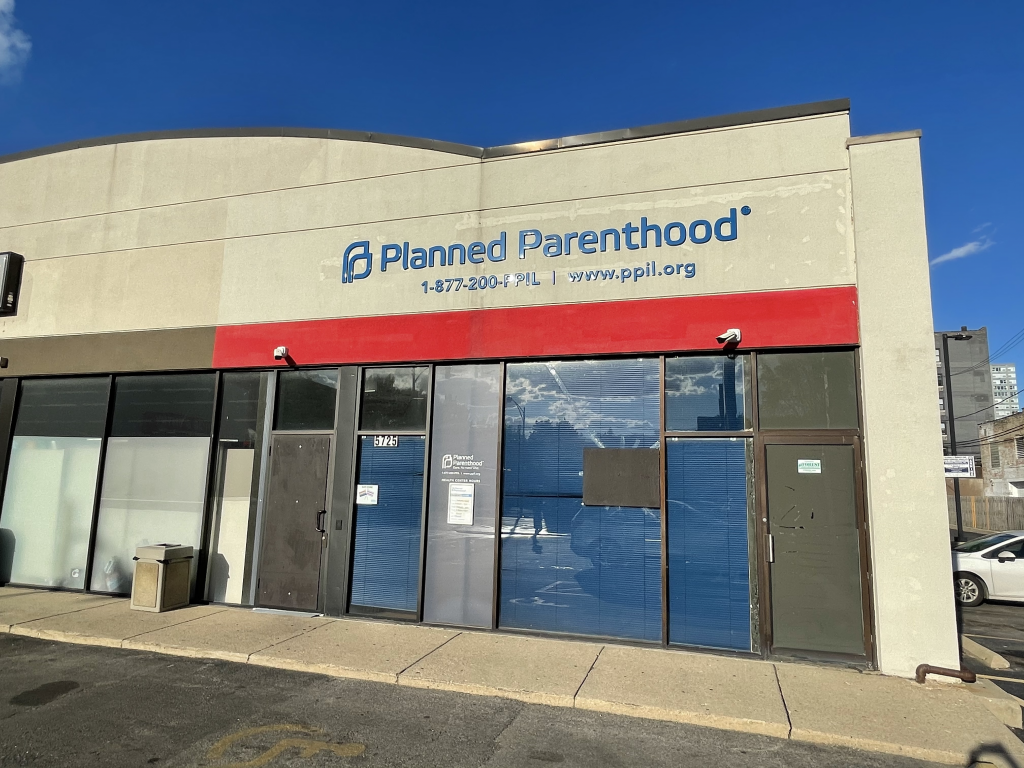 Broken window at a Planned Parenthood on Chicago’s North Side. Photo by Samantha Stroozas. 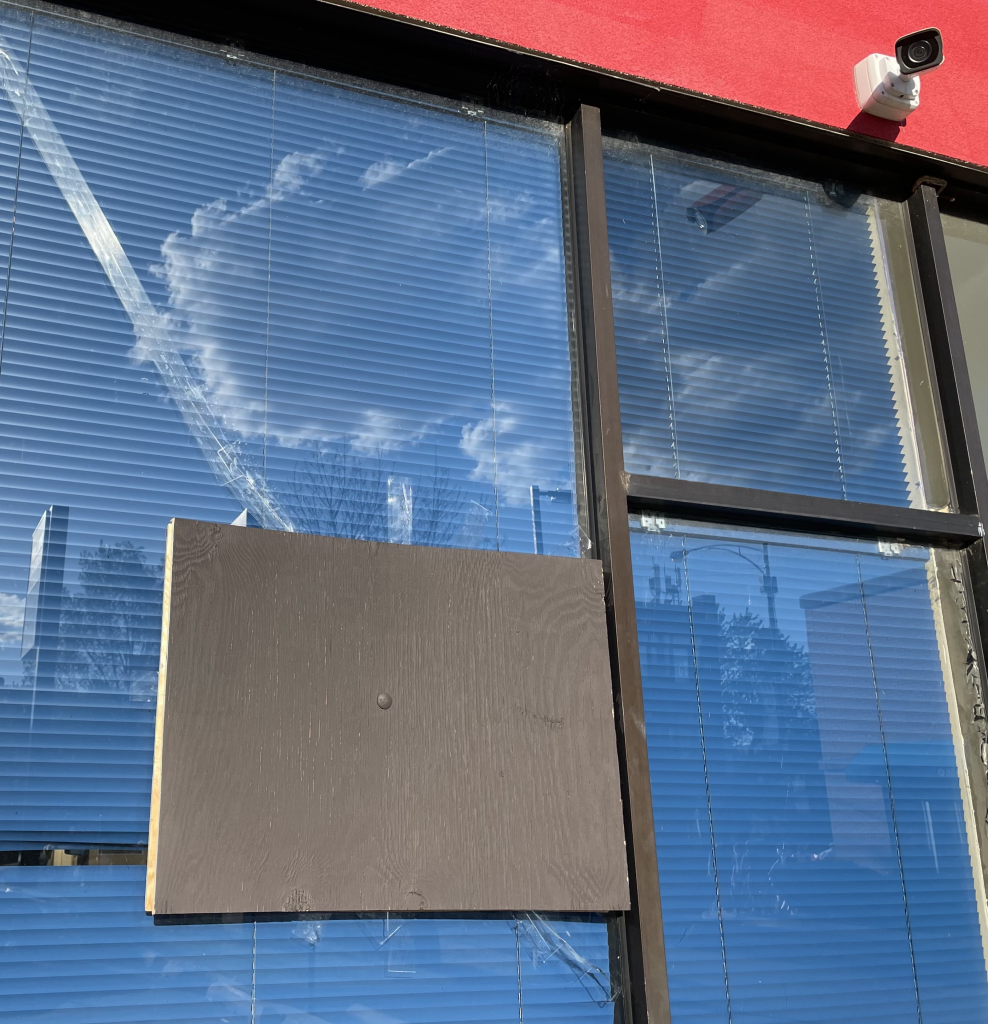 A piece of wood covers the broken glass. Photo by Samantha Stroozas.

Chicago is often thought of as a safe haven for abortion. Care is more accessible and most residents are pro-choice but this incident made the pro-choice community in Chicago feel targeted and, for employees of the Planned Parenthood on N. Broadway, fearful for their lives.

On Wednesday afternoon around 100 people gathered at the corner of Broadway and Hollywood in Edgewater to show their support for the clinic and abortion rights. Rachel Cohen, one of the organizers said the protest was planned in less than 24 hours. 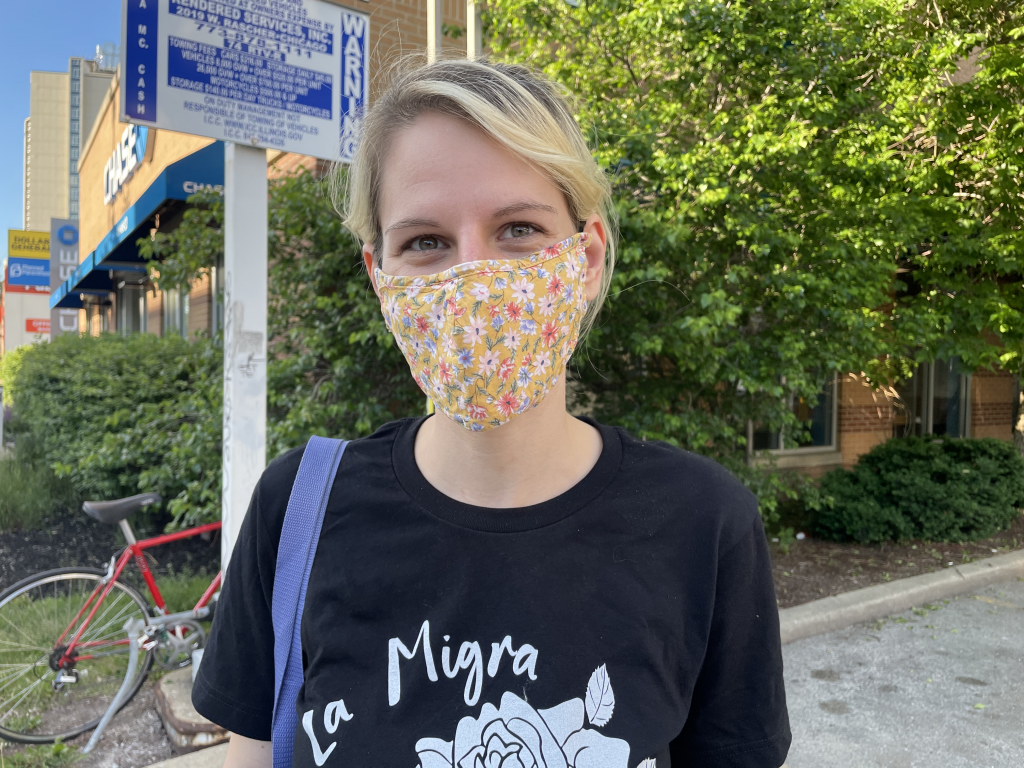 “We heard about what happened and knew that these things can really escalate unless there is a clear and unapologetic response,” she said. Cohen, affiliated with Chicago Feminist Action and editor of Rampant Magazine, said members of Chicago for Abortion Rights, Chicago DSA, Midwest Access Project, the 48th Ward IPO, and more helped lead the event.

Chalk was passed around to write messages of solidarity to abortion providers and patients, “Abortion is an act of love,” “My Abortion Saved My Life – Thank You” and Reproductive Rights are Human Rights” were written on the sidewalk.

The mic was given to activists, abortion providers, organizers and attendees. Each spoke about how crucial the response to the incident was and that the goal was to highlight that such hate will not be tolerated in Chicago. 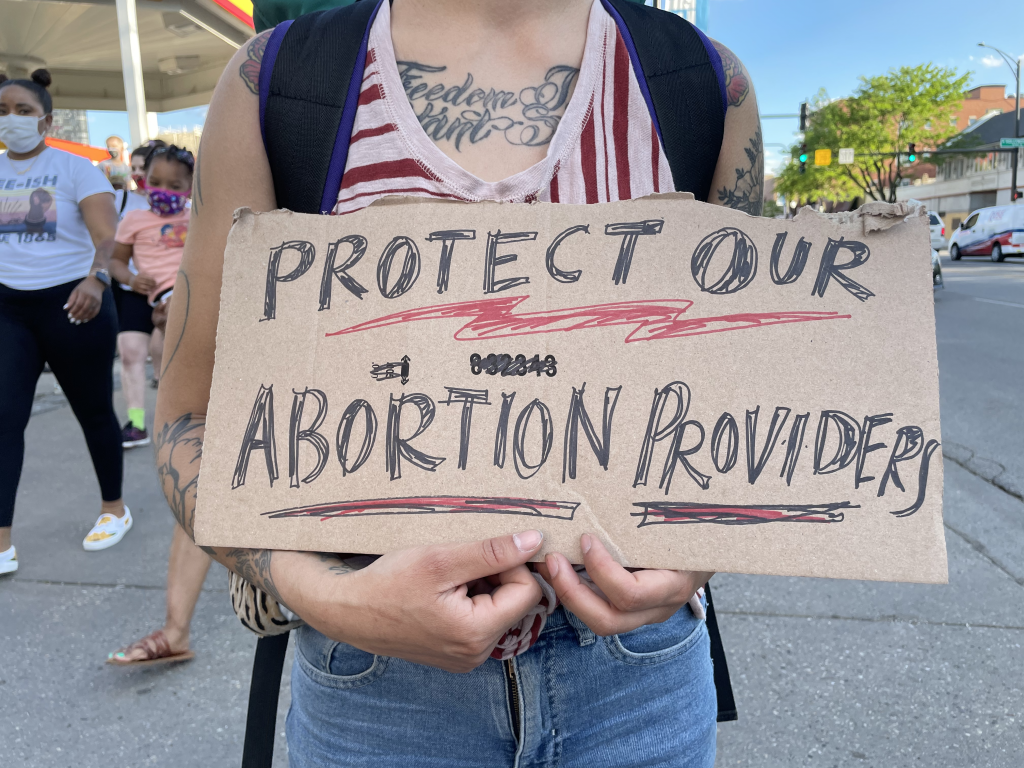 An abortion provider that preferred to remain anonymous spoke to the crowd:

If we show them that the community will not accept their bigoted violence that terrorizes me and my patients and the people I work with then they become a lot less confident to do anything else. Thank you from the bottom of my heart, I feel like you are here defending my life.

At last three unmarked police cars were present with other police vehicles circling the area. Five police officers stood in the parking lot of Planned Parenthood and monitored the rally.

Sam Stroozas is journalism graduate student at Northwestern University and writes about gender and sexual health issues. Follow her on Twitter @samstroozas.