Chicagoan Sameena Mustafa is running a historic campaign in the 5th Congressional District: If elected, she’d be the first woman to represent the district and the first Muslim woman elected to Congress in U.S. history.

On International Women’s Day, Lizz Winstead, founder of Lady Parts Justice, conducted a Twitter Q&A with Sameena about her campaign, reproductive rights and the progressive agenda. The transcript of their conversation below has been edited for length. 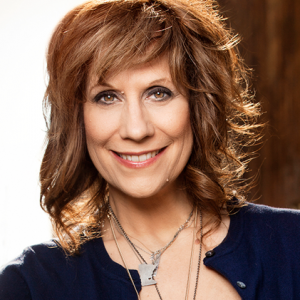 @lizzwinstead: It’s #InternationalWomensDay ya’ll! Time to get to know kickass women who are running for office. Follow along as I chat with congressional candidate, Sameena Mustafa (@sameenacongress)! #SameenaAndLizz

@sameenacongress: OMG I love #SameenaandLizz so excited to chat with you

@lizzwinstead: Nice to tweet you @sameenacongress! You are running for Congress in Illinois’ 5th. Tell us about your district and why you feel like you would be awesome representing it.

@sameenacongress: Thank you so much for drawing attention to this race and my campaign! As a writer, performer, and a devoted advocate of women’s rights – I managed a Planned Parenthood clinic, so that is more than just rhetoric – I am excited about the artist-activism Lady Parts Justice is doing.

The voters of IL-05 are progressive and engaged. We want a leader who can say the same. Leaders who will stand up to the GOP and champion a bold progressive agenda. We don’t have one right now. That’s why I’m running for Congress.

I’ve successfully fought on behalf of nonprofits representing women, children, immigrants, sexual assault survivors. I’m running to improve people’s lives. On March 20, we have an opportunity to elect a real progressive to represent a progressive district in Congress.

@lizzwinstead: You *are* that leader! If you win, you’ll be the 1st Muslim woman to serve in Congress. ::Waits for thunderous applause::  Tell us how your victory would flip the narrative that this administration has used against Muslims and Muslim Americans.

@sameenacongress: I hope my victory will open doors for more candidates from marginalized communities, and I welcome the opportunity to fight Trump’s bigoted agenda. It would also be a testament to the fact that progressive values transcend religion, race, and gender identity.

@lizzwinstead: You mean the radical notion of humanity? LOL

@sameenacongress: Exactly, I’m a Muslim woman of color, and…also a human and an American! I can multitask! #InternationalWomensDay

@lizzwinstead: I started LPJ because of the avalanche of politicians getting elected on the promise of destroying access to BC and abortion. What was it that pushed you over the edge and into running for office?

@sameenacongress: The 2016 election showed how out of touch Democratic leadership is with the community and the pipeline tends to elevate more of the same…candidates with ties to the establishment or billions in the bank. As progressives, we need to support outsider candidates and, typically, those outsiders will be women. When I first decided to run, so many “experts” recommended that I try for a smaller local office first.  Women’s voices and those from other marginalized communities need to be elevated. We have to take our seat at the table, because they’re not making a bigger table for us. #ElectWomen

@lizzwinstead: I say, let’s smash the existing table and build one that includes us all!

@sameenacongress: But we need the support of the voters to do it. That’s how we send a signal that big money and leadership committed to the status quo isn’t going to control our democracy. #vote #march20

@lizzwinstead: I’ve been constantly infuriated by anti-choice democrats or democrats who consider abortion a wedge issue. How do you plan to center reproductive rights? #SameenaAndLizz

@sameenacongress: A woman’s right to choose is non-negotiable, and I will, as I have my entire adult life, fight to defend that right. We need leaders who acknowledge that reproductive rights is about more than choice. It’s also about economic justice. Along with #MedicareforAll, it’s a living wage, pay equity, and paid family leave. Without access to healthcare and financial security, choice just isn’t a reality for many women.

@lizzwinstead: We both have spent a lot of time in clinics. You used to manage a Planned Parenthood. What’s the most valuable thing you learned there (besides how to deal with nightmare protesters) that would help you as an elected official?

@sameenacongress: When lawmakers talk about defunding PP, they were talking about clinics like the one I managed. We provided family planning to mostly Black women aged 15-18 with Title X funding. It taught me many things about compassion and equity, but most importantly, that healthcare is a human right. We cannot limit care to those who can afford it. The young women who came to our clinic had no other safe, confidential, professional options where they felt they could get care without judgment.

@lizzwinstead: We both agree that access to BC AND legal abortion is vital for people’s economic freedom, but can you talk about it thru the lens of being a Muslim woman and a woman of color?

@sameenacongress: The cultural, economic and political systems that reinforce the structural barriers faced by women are compounded for women of color. That is why I’ve worked for Planned Parenthood, Chicago Women’s Health Center and Rape Victim Advocates. We need leaders who will fight boldly for economic justice measures that will protect women in our most vulnerable communities.

@lizzwinstead: There’s so much hatred and bigotry right now and it sometimes seems unbearable. At LPJ we’ve found that humor really helps! How do you plan to use your comedy background to fight the tools in DC?  #SameenaAndLizz

@sameenacongress: As a fellow artist-activist, my comedy was always rooted in social and economic justice. I challenged norms by creating equity and given women/women of color a platform. I have not changed my message, only my forum. What is missing from Democrats like Mike Quigley is their willingness to challenge the status quo. They vote with banks and big corporations and don’t know how to respond to the GOP rhetoric or take control of the conversation. We need Democrats who know how to handle the hecklers in #Congress. #ElectWomen

@lizzwinstead: In comedy and in politics often times the people with the smallest ideas have the loudest voices! #FindAnotherLineofWork #SameenaandLizz.

We’ve seen civil rights chipped/hacked/macheted away under Trump and co. From net neutrality to attacking the DREAMers to a Muslim ban to oh, every OTHER civil right. Talk about how intersectionality can help us win against bigotry. #SameenaAndLizz

@sameenacongress: #Intersectionality is key. I have always worked to amplify underrepresented voices in my creative and advocacy work. The best way to fight against bigotry is to connect those struggles to build coalitions to fight together in the name of social justice. We feminists must address class, immigration status, gender identity, & religion to fight for the rights of all.

@lizzwinstead: So fun getting to know you! So proud to be able to lift you up! Let us know how we can help you DOMINATE THE FIFTH! #SameenaAndLizz

@sameenacongress: Thanks so much for your work with @LadyPJustice @lizzwinstead. Shoutout to @DinaNMartinez for connecting amazing women to make positive change! #internationalwomensday

Photo of Sameena by CJ Arellano