The Chicago Donut Fest – A River North Donut Tasting at Old Crow Smokehouse is not the only donut festival in the city. Nor is it the first. There appear to be at least four. Unlike other culinary trends such as the cronut or the cupcake, the donut, despite having no nutritional value or health benefits whatsover, remains a staple.

“You feel like you have to celebrate something to eat a cupcake,” said Jessica Witt, donut festival attendee and donut enthusiast, “but a donut is for everyday.”

Roeser’s Bakery has four options available for the tasting: lemon poppyseed, red velvet, blueberry, and carrot cake. Alex Roeser recommends the blueberry. She tells me the company, a family-run Chicago staple since 1911, attends festivals like this to show they offer more than just custom cakes and baked goods. 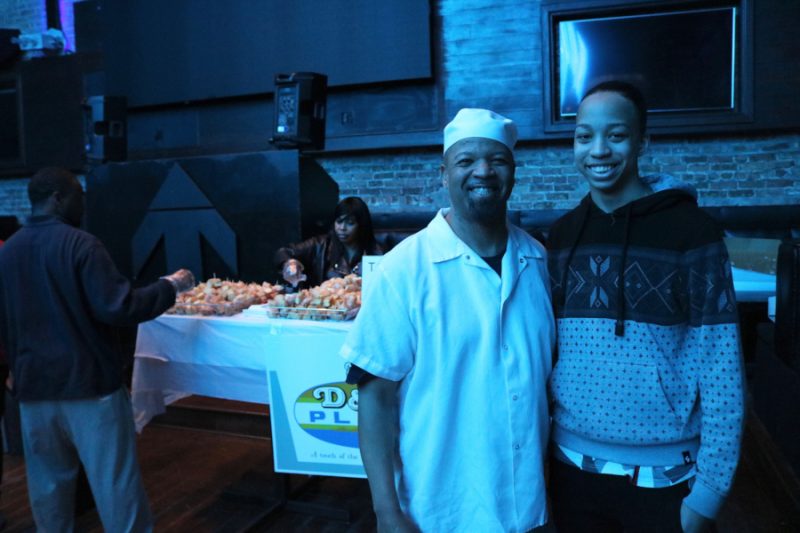 “My wife always says with our donuts, ‘Oh, taste and see that the Lord is good.’”

Roeser’s is not the only family-run business in attendance; D&D’s Place specializes in donuts. “We have a nickname,” D&D’s Place founder Devell Brittmon said. “Our customers call us ‘the cloud.’” The nickname comes from the light, fluffy texture of their donuts packed with flavors like strawberry, raspberry, and piña colada. “Both [my wife and I] are ministers,” Brittmon said. “My wife always says with our donuts, ‘Oh, taste and see that the Lord is good.’”

The donut tasting is similar to a church outing—it is packed and exuberant and rather than the body of Christ, attendees are feasting on the body of fried dough. The festival provided drink tickets, along with a packet of vouchers to sample different donuts, and participants move slowly from booth to booth, with plates stacked high with donuts in one hand and cocktails in the other.

It is what I imagine heaven to be like.

Wishing Well Mini Donut Creations is one of the rare booths at the festival that does not have a shopfront. The catering company provides mini donuts for parties and events. Wishing Well founder Darcie said the business has been in operation since December of 2018 after she “fell in love” with mini donuts. “They make everybody smile,” Darcie said. “They’re just happy food.”