As the name suggests, Fifty Feminist States will take Amelia across the country to interview feminist activists about their work. Planned as the center of the project is a podcast “that tells the stories of feminist struggles for women’s rights, LGBTQ+ rights, and rights of all oppressed communities through the voices of the folks fighting those fights,” according to a Kickstarter page launched to help cover travel and project expenses. As of press time two days in, the campaign had already raised nearly $2,400 of its $5,000 goal.

Amelia is planning to spend six months from July-December of this year traveling to as many states as possible on what she describes as “a shoe-string budget (think couchsurfing, camping, and efficient gas mileage).”

In the midst of her fundraising effort and feminist conscious-raising events, she and I had a quick email exchange about her plans. 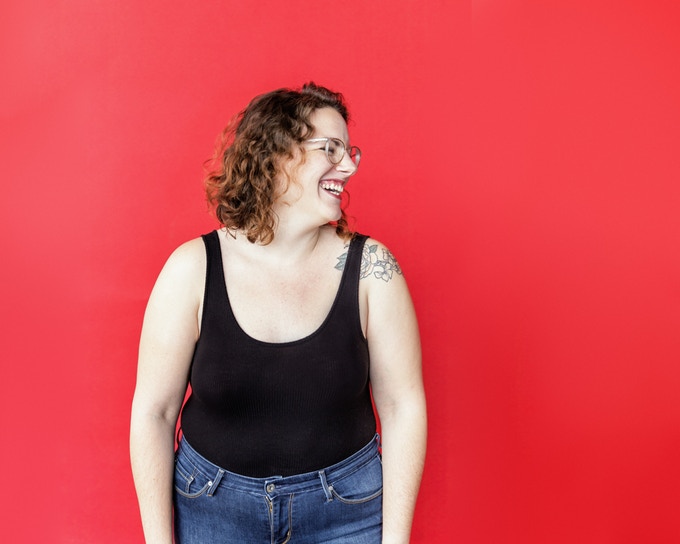 Why/when did you decide to do this project?

On a very personal level, I came up with the idea for the project last June, and, honestly, it felt like it arrived in my lap like a gift. I spent the last two years cultivating new skills (podcasting, zine-making) and deepening my interests (in feminism, activism, and more), and Fifty Feminist States combines all of them in a way that feels organic and whole.

But on a much larger level, I decided to do this project when I saw the real gaps between our 2018 pop-culture discourse surrounding feminism, the decades of academic theory of feminism that I’ve learned in my Ph.D. studies, and the recent work of feminist activists and artists who are fighting to combat pervasive discrimination in our society. Because I’ve had access to all three of these areas, I wanted to build a project that could bridge those gaps and create conversations that could reach a large audience without diminishing the nuance of feminist issues and feminists themselves. Twenty-first century feminism is not just the Women’s March, it’s not just about equal pay or reproductive rights, and it is different in every state. I want to dig into that nuance and tell compelling stories that explore it.

How will you find the folks to interview?

In my personal, political, and academic work, I’ve cultivated a wide network of feminist activists and artists that I intend to tap into as I travel. And as soon as I mention the project to folks, they always immediately mention that they know at least one person I should reach out to and interview. I want to follow those channels intentionally but responsively, and be very open to how the project evolves as each person introduces me to another to interview.

How can people get in touch with you to be interviewed, issue invitations, etc.?

For now people can email me at hi@ameliahruby.com! Once the Fifty Feminist States website is live (hopefully, after the Kickstarter is funded!), I’ll have a more formal submission form there. But I always love emails!

Are there any specific events you’re hoping to hit in certain cities?

The trip isn’t planned around any events right now, but there are some iconic feminist spaces I’m hoping to visit. I have a fascination with feminist community centers that become nurturing and fertile spaces for women like those I hope to interview to work, so I’m really looking forward to spending time at New Women Space in Brooklyn, The Women’s Center for Creative Work in Los Angeles, and hopefully other similar spaces I find in smaller cities across the country!

Any places you’re nervous about visiting?

I grew up in the South, have lived in the Midwest for five years and have spent ample time on both U.S. coasts, so geographically I feel particularly acquainted with the United States. That said, I am nervous about the ebbs and flows of the trip – where folks will be most welcoming or not, how my energy will deplete and swell as I travel, and things like that. But I’m so excited to explore and learn!