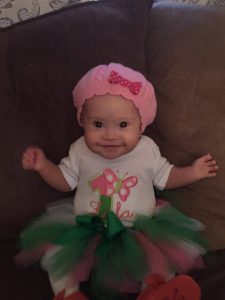 Chatima Hughes is the mother of two beautiful children, a son and a daughter. While her son is awesome, today we’re going to talk about her daughter Zola. In many ways, Zola is like many almost 3-year-olds. She has good days and bad days. But a few things set her apart from her peers. Unlike many almost 3-year-olds, Zola is a pageant winner, has begun her path of activism, and she has Down Syndrome.

According to the National Down Syndrome Society, there are approximately 400,000 people living with Down Syndrome in the United States. About 1 in 691 babies in the U.S. is born with DS, making it the most commonly occurring chromosomal condition.

In honor of October being Down Syndrome Awareness Month, Zola’s mother Chatima has opened her Facebook page as a platform to educate via social media. With so many people having misconceptions about children with Down Syndrome and so many people afraid to ask, Chatima hopes to bridge the knowledge gap through giving insight into her daily life. I was fortunate enough to sit down with her for a brief Q&A.

AMF: What motivated you to do a Facebook Q&A?
CH: I wanted to be as helpful and informative as possible, so I wanted to answer real questions that people may have but are afraid to ask.

How has the experience with your Q&A been so far?
So far, I’ve only had one person send me a question to answer, but many others have commented that my posts have helped them to have a better understanding of what my life with Zola is really like.

How did you react when you found out that Zola had Down Syndrome?
I cried. A lot. I mean, I cried for days. I had no clue what Down Syndrome was. I kept hearing life would be different and not as great, so I cried for the future I knew she wouldn’t have. My husband told me that after everything we went through to have Zola, we were lucky to have her, and she would be lucky to have us and that we will love her the same. I never cried after that.

Do you recommend genetic pre-screening?
I think genetic pre-screening is a personal choice. For my family, it was a choice we made because we wanted to make sure we had all of the information we needed to set Zola up for the best life possible. That meant doing research on what Down Syndrome was, what issues she may face, and if those resources were available in our community. 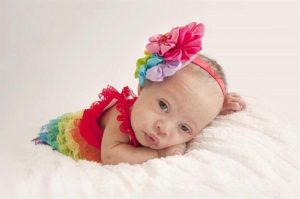 How has being the mother of a child with Down Syndrome shaped your motherhood experience?
I’m a lot more patient as a mother and as a person. Everything isn’t on my timetable anymore; it’s on hers. I’ve learned not to sweat the small stuff because there is bigger fish to fry. I’ve also learned it’s not as important to have a clean house all the time because that’s time better spent working with Zola.

Has being Zola’s mom been any more of a challenge than being Gage’s mom?
It is, but not because of Down Syndrome. Zola is a spit-fire! She’s more stubborn, more sassy and more fearless than Gage. Every child is different, and Zola is definitely the one keeping me on my toes.

What are you asked most?
People ask me a lot if she has Down Syndrome. There are a lot of people that don’t know what Down Syndrome is or the physical characteristics that manifest in most individuals, so they are shocked to hear that she does have Down Syndrome.

What is your FAVORITE part of being Zola’s mom?
Her personality is the best part! My favorite candy is Sour Patch kids because they are sweet and sour. This describes Zola to a T!

What has been most challenging?
Reaching milestones and communication has been a big challenge. It’s also hard to go 24/7 with no break because I have to be so hands-on with her and don’t have family around to lean on.

If you could say anything to other moms with their own kids with Down Syndrome, what would it be?
Other moms and dads already know the struggle and joy, so there isn’t anything particular that I think I’d say except stay the course. And if you aren’t involved in your local community, start now! I have found that the more resources and support you and your children have, the better off everyone in the family will be.

Ambreia loves to take risks and has a very corny, crude sense of humor. She finds particular interest in actions that make her husband use his index and thumb finger to hold the bridge of his nose while muttering "ohmygosh" and bowing his head. She isn't quite sure where she's headed but knows the destination will be awesome. Follow her on her blog and like her Facebook writer's page.