Love was in the air during Beth Stelling’s Dec. 7 performance at Thalia Hall. Chicago fans were thrilled to see the comedian back in the city where she started her stand-up career. The fact that she enlisted her Entertaining Julia cohorts, The Puterbaugh Sisters, to open up the show was the icing on an already delicious comedy cake.

The Thursday night show marked Stelling’s first stand-up set back in the Windy City following the success of her hilarious half-hour special, which premiered on Netflix’s “The Standups” earlier this year. Prior to the set, she chatted with Rebellious Magazine and shared that the Chicago performance would find her “working new material for people, with the exception of about three jokes.” The new material proved to be fresh and funny, delicately painted with Stelling’s dry sarcasm, while her classic bits were remixed with charming surprises and laughs in the most unexpected of places.

Jokes about Chicago winters, cat-call follow-up questions and conversations with an animated friend had fans rolling at the top of Stelling’s headlining set before she examined what it means to be “biologically Midwestern” during the winter season. “My body knows what to do, and I just start to build up a meat coat,” she joked. The comedian’s dislike of the phrase “struggling with my weight” and the trials and tribulations of wearing a water bra further had the crowd in hysterics. 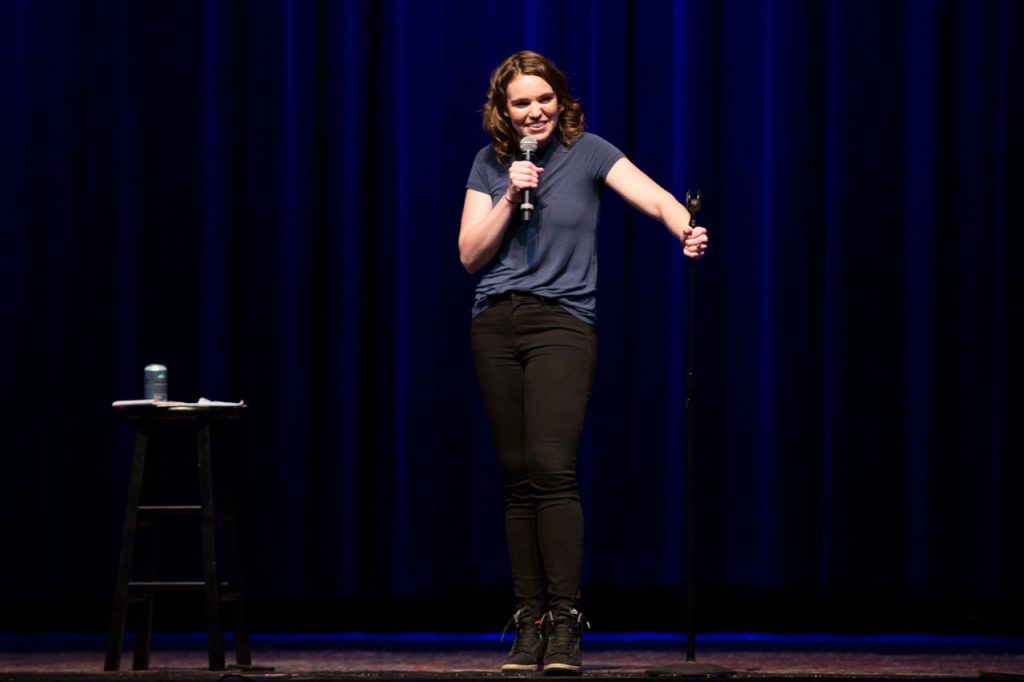 Beth Stelling discussed being ‘biologically Midwestern’ during the winter

One of the funniest segments of the night came as Stelling discussed her germaphobic tendencies and problems with the TSA. Fans of Stelling’s special may have recognized the bit from “The Standups,” but a few unintentional omissions and improvised revisions gave new life to the already hilarious joke. A wild round of applause erupted at the tale’s hysterical conclusion – to which Stelling responded with a pose of gratitude that fit somewhere between a curtsy, a bow, and the splits.

The types of photos Tinder should be displaying, the proper way to care for a guinea pig and the pros and cons of having a dad who is a Florida-based “character” actor were also hilarious topics from the mind of Stelling. “I have to keep coming up with new ways to say my parents are divorced,” she joked before disclosing some of her more cynical views on love in the modern age.

Though Stelling may be pessimistic regarding the topics of marriage and commitment, she brought a fan named Mark up on stage to convince her that love is real. He quickly revealed that he was attending the show with his girlfriend, Lauren, “the best woman in the world,” who then joined him in the spotlight. Before Lauren – or the audience – realized what was happening, Mark got down on one knee and proposed. She said “yes” and the entire venue cheered at the top of their lungs as Stelling and The Puterbaugh Sisters (Tiffany and Danielle) did laps around the stage in celebration. 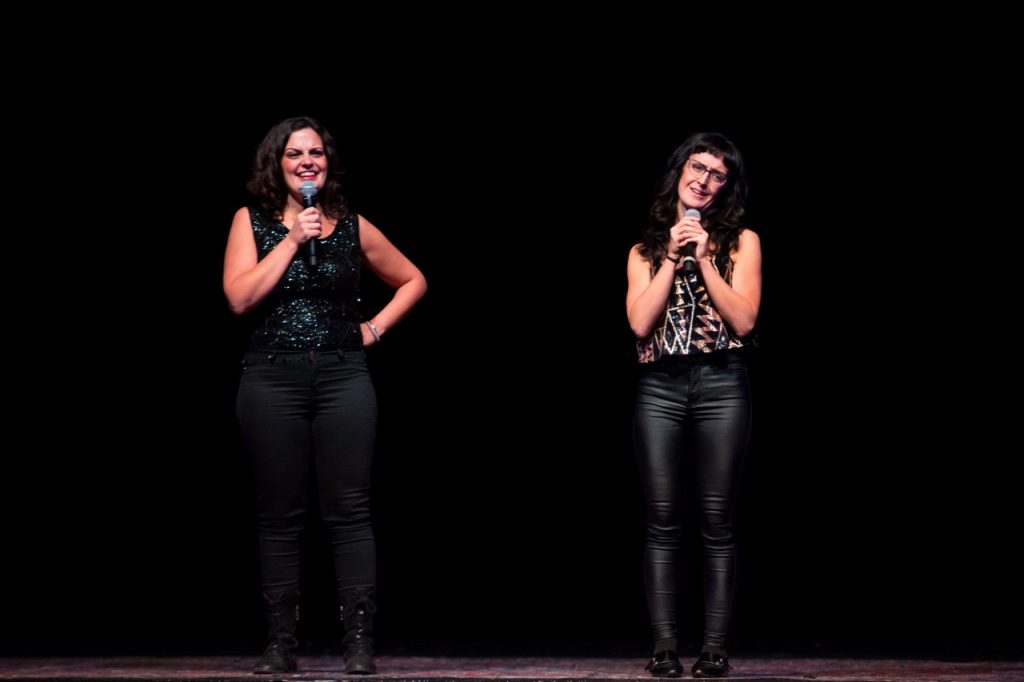 At the end of the night, Stelling welcomed The Puterbaugh Sisters back out onto the stage to close things out and reminisce about their Entertaining Julia days with a few “Go Gals,” catchy songs about women who have “been through some sh*t, but they aren’t being a c*nt about it.” The trio delivered one hilarious anecdote after another before synchronizing in song to harmonize their infamous closing line, “A Go Gal gets her wings,” causing laughter-induced tears to stream down the faces of fans.

Visit SweetBeth.com to pick up tickets to see Stelling perform live in your city and follow her on Twitter to stay up-to-date on her latest news.