In the mid-1960s, a slew of bands featuring fresh-faced musicians – with a classic approach to songwriting and a masterful knack for performing – revolutionized rock and roll for a generation of fans. We are currently experiencing another, very welcome British invasion from across the pond as a pair of UK singer-songwriters are crafting contemporary R&B music with passion, innovation and a respect for the history of the genre.

On the evening of May 2, Jorja Smith and Ama Lou transformed Chicago’s Thalia Hall into an old-school prohibition-era nightclub where music was celebrated and everyone in attendance was unified in the desire to make it a night to remember. Despite the fact that neither artist has yet to release a full-length album – Smith’s debut “Lost & Found” drops June 8 – the show was completely sold-out, which can only be viewed as a testament to both artists’ buzz-worthy EPs as well as their reputations for bringing the house down at each and every concert. 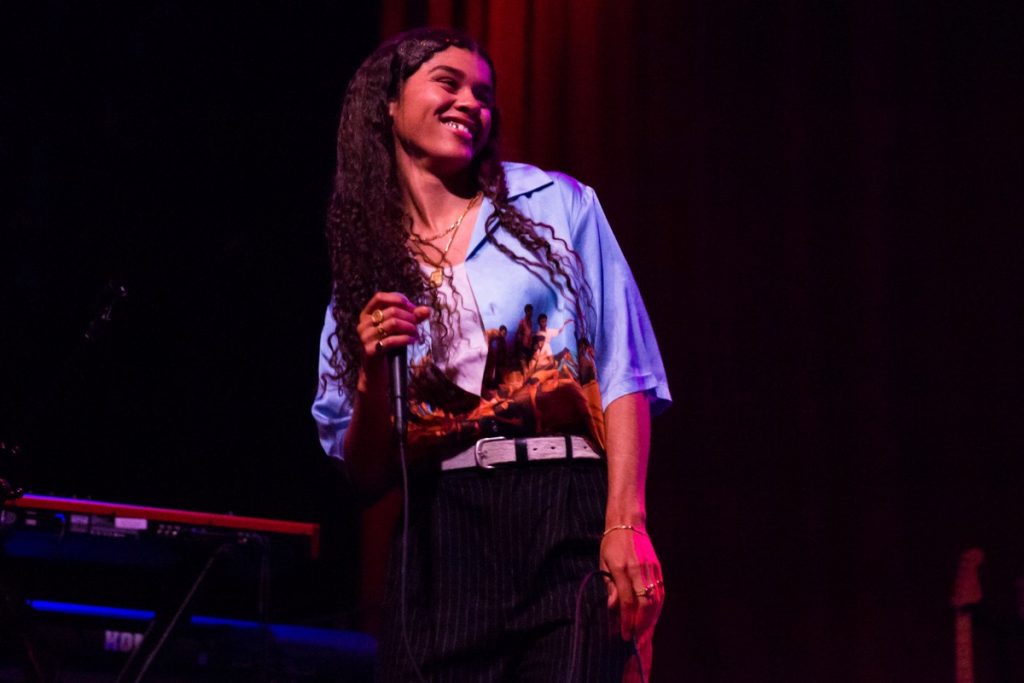 Lou began her opening set with a bass-heavy rendition of her single “TBC,” singing of the turbulent times that inevitably effect us all. Joined by a DJ and a pair of “beautiful back-up singers,” Lou’s stripped down stage set-up kept the spotlight right where it belonged on her rich, deep vocals. Lou was all smiles singing the airy and light “Not Always” and, later, a sneak peak at some new material provided a welcome nod to Doo-Wop complete with synchronized dancing.

Mid-set, Lou took the opportunity to showcase a few tunes from her debut EP, “DDD,” including the defiant and confident “Wrong Lesson.” The soaring melody and cinematic quality of “Wire” elevated the soulful nature of the track, but it was the simple, sweet closing song – featuring the 19-year-old on acoustic guitar – that gave the best insight into Lou’s youthful heart and old soul. 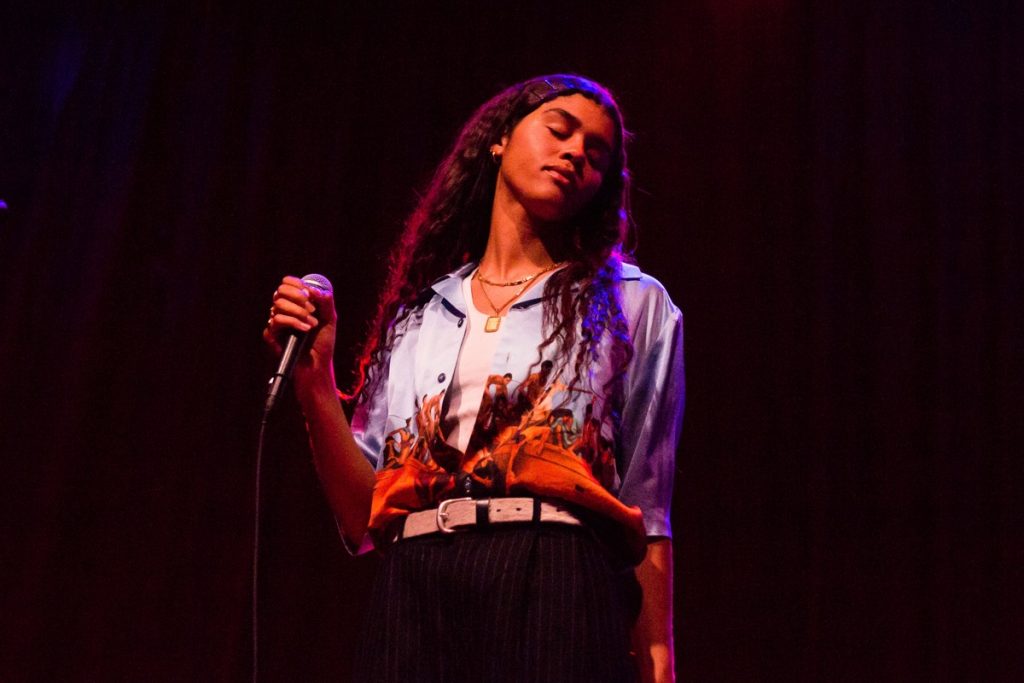 A roar of cheers greeted Smith as she kicked off her headlining set the same way she did her 2016 EP, “Project 11,” with the bluesy heartbreaker “Something in the Way.” Right out of the gate, it became clear that this was going to be a special performance, as Smith sang her heart out while her jazzy four-piece band supported and elevated every moment. A mid-set mashup of “Tomorrow” and the Fugees’ “Ready or Not” was inspired in its seamless transitions led my Smith’s intoxicating vocals. 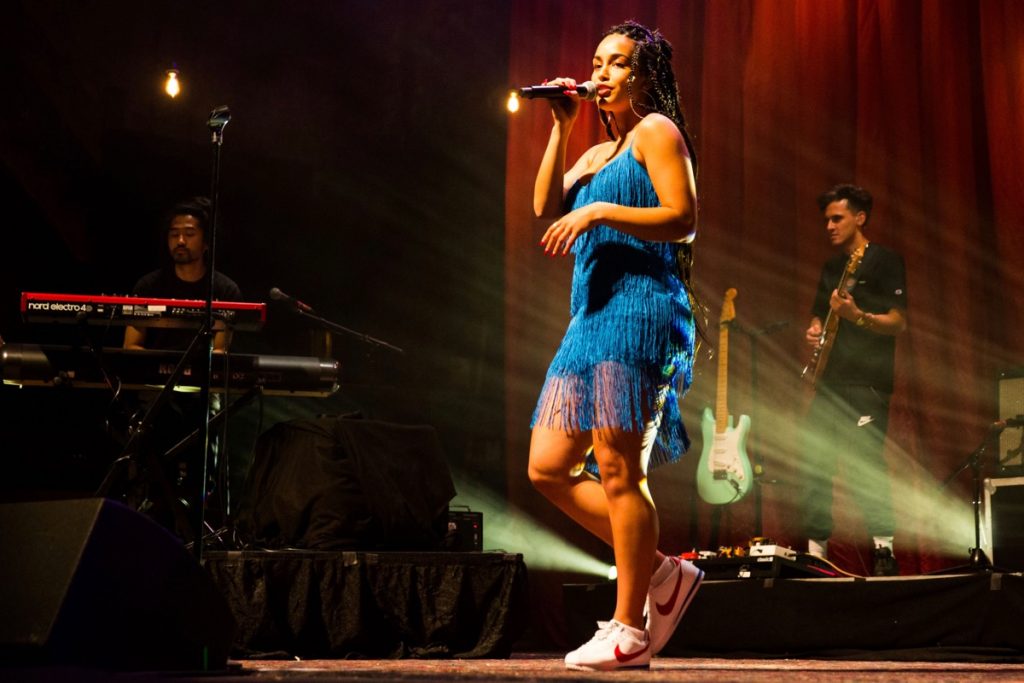 The Fugees cover wasn’t the only time Smith revamped a classic and made it her own. Her take on TLC’s “No Scrubs” was a joyful experience enhanced by a salsa-esque interlude and a scat-infused conclusion that left fans wanting more. Later Smith squeezed every ounce of emotion out of Frank Ocean’s “Lost,” beginning the “Channel Orange” single as a low-key ballad before reshaping it into an up-tempo rocker that had fans dancing across the venue.

Smith’s “Black Panther Soundtrack” contribution “I Am” further connected the artist with the audience and “Goodbyes” – dedicated to “lost friends” – allowed her to share her vulnerable side. “On My Mind,” “Teenage Fantasy” and “Lifeboats,” the latter of which featured a jam to end all jams with its avant-garde coda, were also memorable moments from an incredible night of music.

Smith and Lou will continue to tour the U.S. through May 13, and Smith’s upcoming release “Lost & Found” is currently available for pre-order in advance of its June 8 release. Head over to www.JorjaSmith.com for more information.