“This song is dedicated to anyone who has ever felt uncomfortable in their own skin,” said Laura Jane Grace near the end of Against Me!’s Sept. 30 performance – presented by Riot Fest – at the Concord Music Hall in Chicago. “We’re sending you love,” she continued before the Gainesville punks blasted into the title track off their 2014 album, “Transgender Dysphoria Blues.”

The song is a beautiful, heartbreaking and ultimately inspiring glimpse into Grace’s thoughts about her own body, but its powerful message transcends individual experience and taps into a broader feeling of being an outcast in an all-too-often judgmental and intolerant society. As Against Me! plowed through the track on Saturday night, what could have been a sad song of solitude was transformed into joyous rebellion, uniting fans in an exuberant cry of defiance. [Click here for our review of Grace’s memoir “Tranny.”] 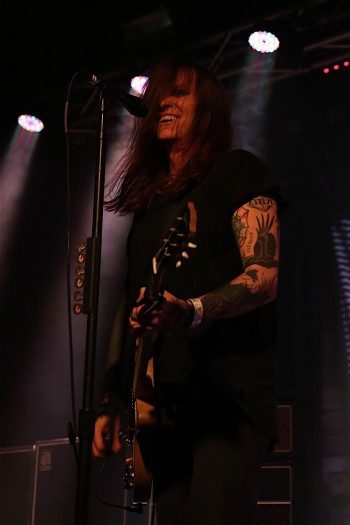 From the moment Grace and company took the stage, it was clear that the band was inspired to confront the negativity of the world outside the only way they know how… with wailing guitars, pounding drums and a whole lot of smiles. The opening one-two punch of “True Trans Soul Rebel” into “I Was A Teenage Anarchist” set the tone for a night that would find fans and musicians feeding off of each other’s energy and enjoying punk rock music in its purest form.

Crowd surfers were a constant throughout the performance. Fans started flying overhead from the instant Atom Willard’s swagger-filled drum beats ushered in a passionate rendition of “Up the Cuts,” and they continued all the way through the end of the set until choruses of “We’re taking everyone down with us” echoed across the venue as “We Laugh At Danger (And Break All The Rules)” closed out the encore.

Several songs from the group’s debut, “Against Me! Is Reinventing Axl Rose,” were played throughout the night as the band is gearing up to perform the album in its entirety at Fest 16 in their hometown at the end of the month. Grace expressed that the band has been having a great time revisiting the tracks before breaking into “Jordan’s 1st Choice” off the 2002 release. 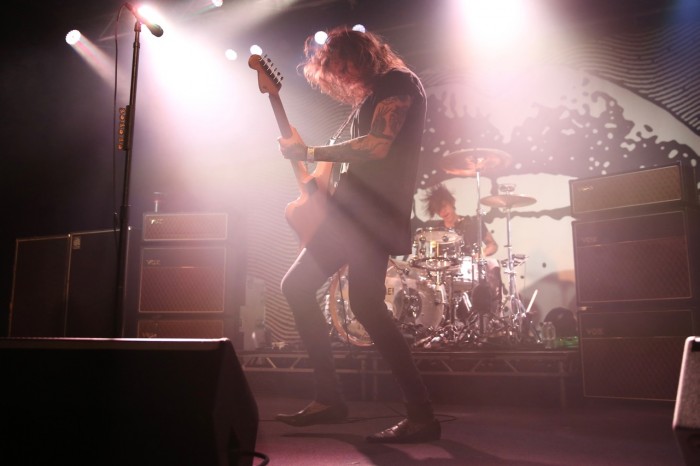 “Our only complaint from being on the road this past month is that we f*cking missed Riot Fest,” Grace shared between commanding executions of “The Ocean” – full of fuzzy, fierce guitar licks from James Bowman – and “Bamboo Bones.” When it was all said and done, fans left the Concord Music Hall with scratchy throats (from screaming along with “Black Me Out” and “Thrash Unreal” at the top of their lungs), tears in their eyes (thanks to intimate interpretations of “Two Coffins” and the Mountain Goats’ tune “The Best Ever Death Metal Band in Denton”) and a resolve that music has the power to change the world. 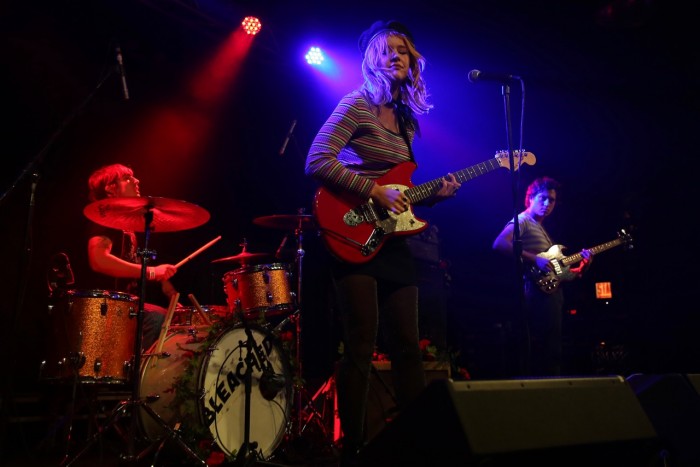 Prior to Against Me! taking the stage, Bleached delivered a collection of 80s-inspired, pop-infused punk music, including the newer track “Can You Deal?” and the spellbinding song, “Dead in Your Head,” which concluded with front woman Jennifer Clavin taking a seat behind the drum kit to lead the group in an epic jam. At the top of the night, The Dirty Nil treated fans who arrived early to a short, but satisfying opening set.

Head over to AgainstMe.net to keep up with the latest Against Me! news and tour announcements.