The 2018 Riot Fest line-up was more eclectic than ever with a bill featuring a healthy helping of hip-hop heavy-hitters, industrial pioneers, alternative rockers and a whole lot of punk. Throughout the three-day festival – which took place on Sept. 14 -16 at Chicago’s Douglas Park – the fusion-filled sounds of New Wave provided some of the weekend’s best moments. 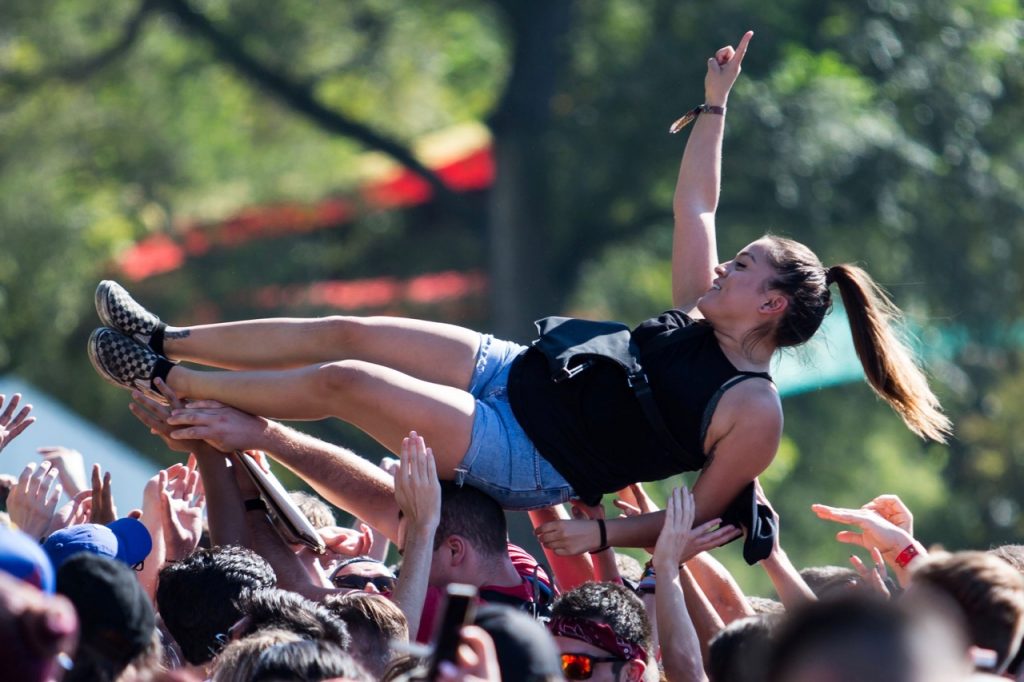 Case in point, Blondie’s crowd-pleasing early-evening set on the third and final day had festival-goers singing and swaying across the realm of the Roots Stage as the New York legends visited just about every genre in their hour-long performance, which kicked-off with “One Way Or Another.” Debbie Harry’s seductive snarl was as alluring as ever as she detailed her unwavering desire to win the game of cat and mouse throughout the Parallel Lines hit. 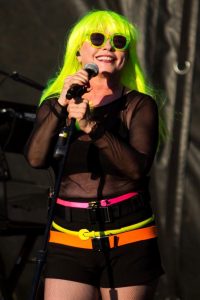 “I always like a good riot,” Harry said before leading the group in “Fun,” off their latest release Pollinator. “We’re speaking up for the little honey bees,” Harry said in reference to the album’s title, adding, “Because we like honey.” “Doom or Destiny” and “Long Time” further showcased the sonic strengths of the 2017 album.

From the groundbreaking sounds of “Rapture” to the disco-infused stylings of “Heart of Glass” to the shimmery rocker “Call Me,” Blondie’s Riot Fest setlist played like a hit-filled history lesson highlighting the many singles of the group’s over-40 year career. The rocksteady rhythms of “The Tide Is High” led to the set’s biggest sing-along while “Atomic” provided the perfect opportunity to dance.

On Saturday afternoon, first-time Riot Fest performers Bully were a stand-out on the Rise Stage proving once again that they are an essential rock band for the modern time. Noisy, raucous, melodious and cathartic, their grungy guitars and rhythmic swagger sounded so incredibly now. Alicia Bognanno’s vocals alternated between tense and tender on “Milkman,” “Trying,” “Sharktooth” and more as chugging baselines and stark solos fueled fans while the brutal sun bore down. “Thanks for standing out in the heat,” said Bognanno. “You guys are great.” 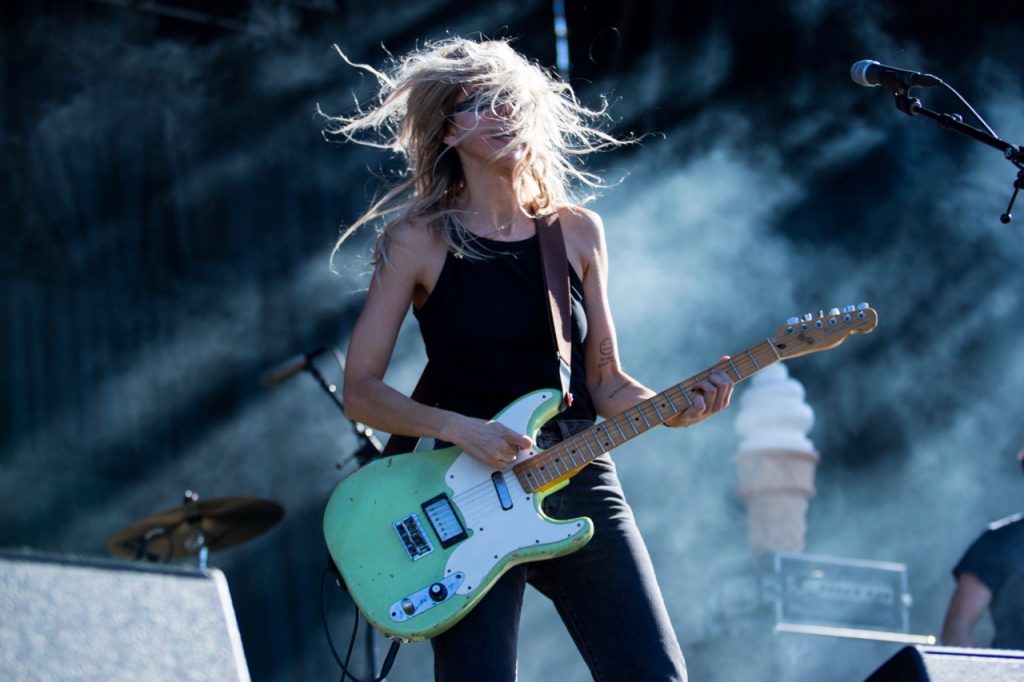 Riot Fest 2018 was a hot one, but fans interested in keeping “Cool Like Dat” found relief at Digable Planets’ Friday afternoon set on the Radicals Stage where, earlier in the day, P*ssy Riot delivered a politically charged performance in the wake of the suspected poisoning of member and activist Pyotr Verzilov. Sets from Blood People, K.Flay, Cat Power and Speedy Ortiz – whose festival-opening performance showcased the power of a beautifully written song – emerged as festival highlights among the mass of male performers.

When it came to navigating the dense, testosterone-heavy waters of Riot Fest, no one did it better than Chicago’s own Liz Phair. “I think we should petition the city to rename the Damen exit to ‘Exit to Guyville,’” she said in a nod to her 1993 debut album, Exile in Guyville. Phair peppered her set with songs from the iconic release, delighting the hometown crowd with performances of “Never Said,” “F*ck and Run,” “Divorce Song” and more. 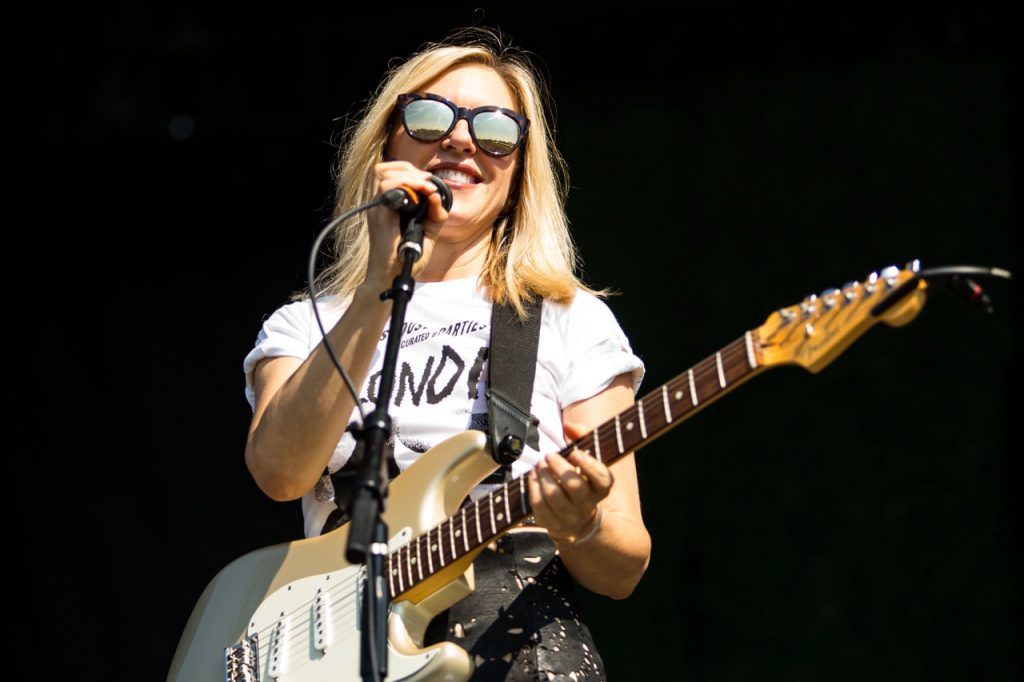 Run the Jewels, Beck and Weezer – the latter of which filled in for Blink-182 after they cancelled their appearance so Travis Barker can focus on his recovery from blood clots – filled the fields with great music at the end of each night, but when it came down to living legends with deep discographies and an unabridged connection with the audience, it was hard to top the ladies of Riot Fest 2018. More information about Riot Fest can be found at www.riotfest.org.