Between the rush of “Paprika” and the climax of “Everybody Wants to Love You,” gratitude was the recurring theme of Japanese Breakfast’s Oct. 12 performance at Thalia Hall, the fourth and final sold-out Chicago show on the group’s current tour in support of the 2021 album, Jubilee.

“This is our last night at Thalia and we don’t want to leave,” said bandleader Michelle Zauner before thanking the crowd for the first of many times during the Tuesday evening concert.

Throughout the night, appreciation served as an emotional touchstone, one that grounded an experience that seamlessly weaved in and out of joy – with the Jubilee tracks – and the grief manifested on the group’s previous releases, Psychopomp and Soft Sounds from Another Planet. Fans, her band, venue staff, and the tour’s charming and talented supporting act, Luna Li, were all recipients of Zauner’s love and gratitude, feelings that were most definitely mutual.

During her opening set, Li shared a heartfelt story about how much Japanese Breakfast has meant to her as an artist, and in terms of representation as she and Zauner are both half-Korean, along with the many ways that touring with the band has been an absolute dream come true. Live renditions of “Flower,” instrumental tunes from Li’s jams EP, and a new song written in collaboration with Jay Som were among the highlights of Li’s stage-setting performance. 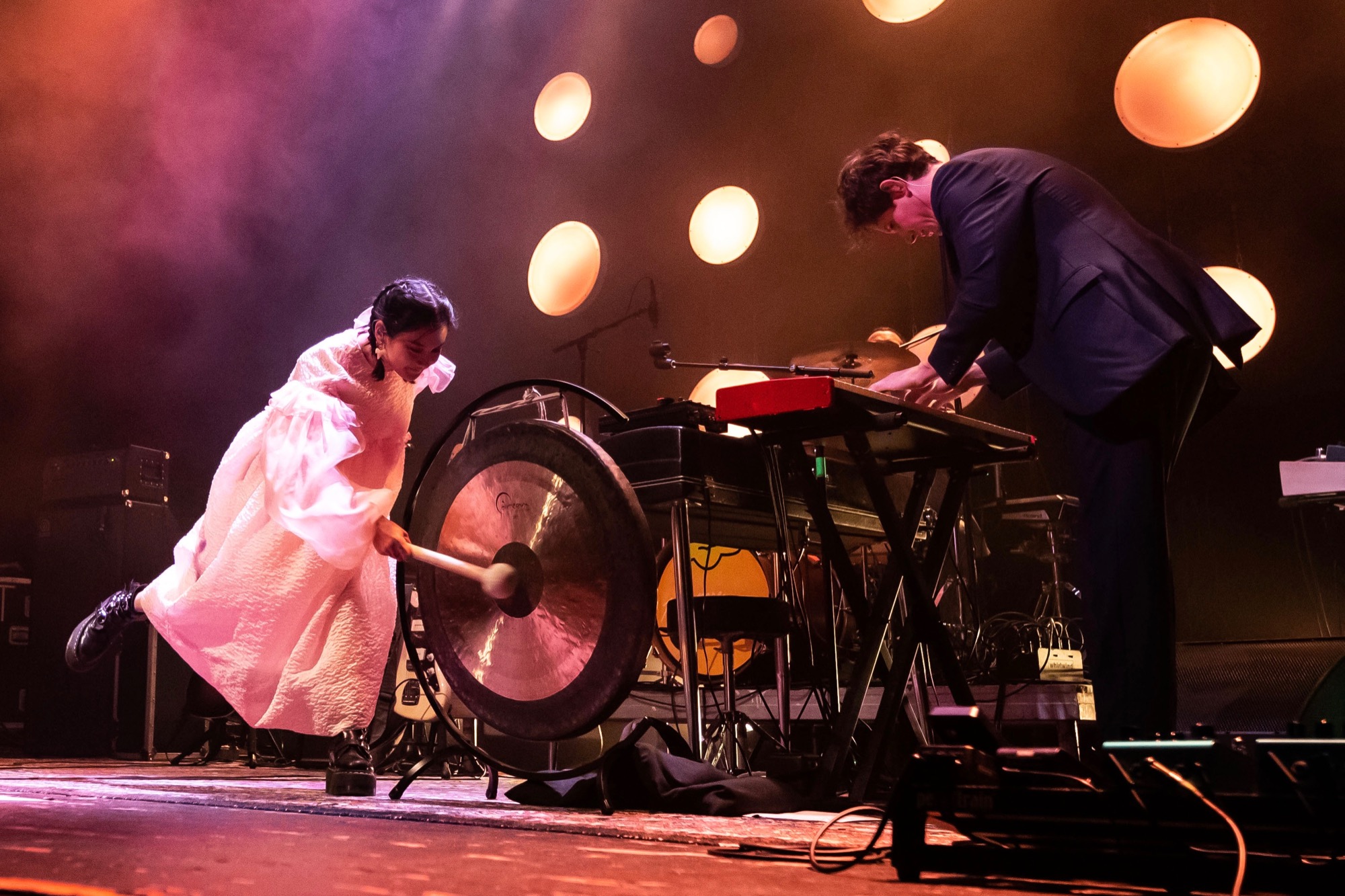 At the start of Japanese Breakfast’s set, Zauner’s gong-striking antics had fans hanging on her every movement but it was her vocals that led the full concert-going experience. Slow and airy on “Boyish” and expressive on “In Hell,” Zauner’s bittersweet phrasing effortlessly touched upon the full spectrum of emotion. “Heft” and “Savage Good Boy” were driven by the guitars of Zauner and Peter Bradley while synths and sax dominated two blistering jams on “The Body is a Blade.”

Elsewhere in the set, love and longing intersected in the throwback vibes of “Kokomo, IN” while the irresistible melody of “Be Sweet” provided one of the night’s biggest sing-a-longs. “Posing in Bondage” – sprawling and cinematic, living in the same dimension as the Risky Business theme – foreshadowed the group’s potential as an arena act with a performance that felt like it just may break down the four walls of the venue.

It’s no small feat to sell-out four nights at Thalia Hall. With a catalog of earnest yet infectious songs – complimented by a reputation for celestial live performances – it’s also no surprise that Japanese Breakfast did just that. No matter what the future holds for Zauner and company, it is clear that Chicago fans will enthusiastically be along for the ride.

Japanese Breakfast will continue its tour with several dates in Brooklyn beginning on Oct. 14. More information and tickets to upcoming shows can be found at Japanesebreakfast.rocks. 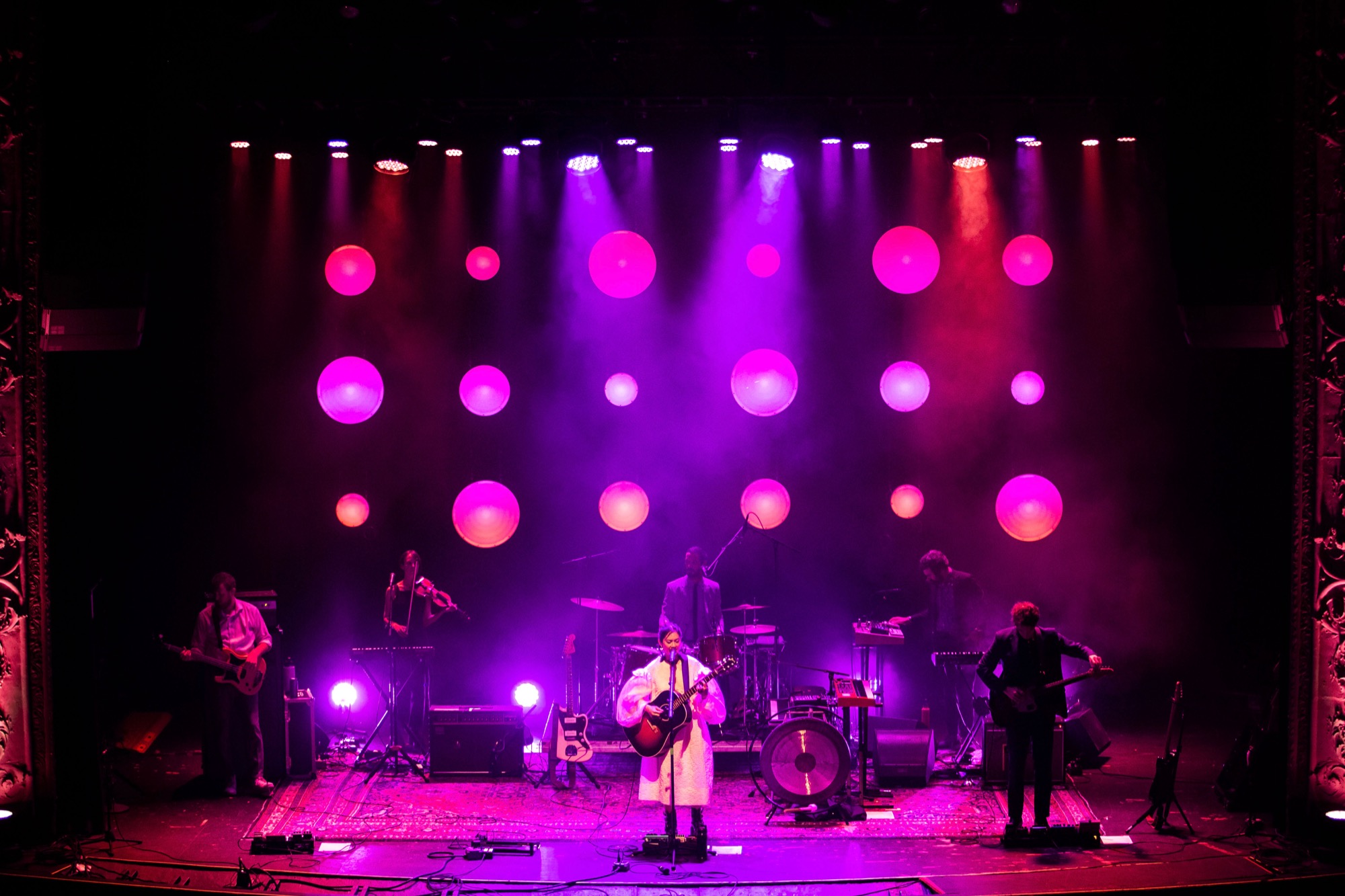