In 2019, TLC is celebrating several milestones. It’s been 25 years since the group – comprised of Tionne “T-Boz” Watkins, Rozonda “Chilli” Thomas and Lisa “Left Eye” Lopes, the latter of whom tragically died in a car crash in 2002 – released CrazySexyCool, which would go on to become the best-selling album by an American girl group. On top of that, their Grammy Award-winning FanMail is also celebrating the twentieth anniversary of its release.

On Aug. 18, Watkins and Thomas shared single after single from TLC’s storied discography during a fun-filled performance at the Hollywood Casino Amphitheatre in Tinley Park. The Chicago-area stop was part of a joint tour with fellow hit-makers Nelly and Flo Rida, giving fans a night full of chart-topping music. 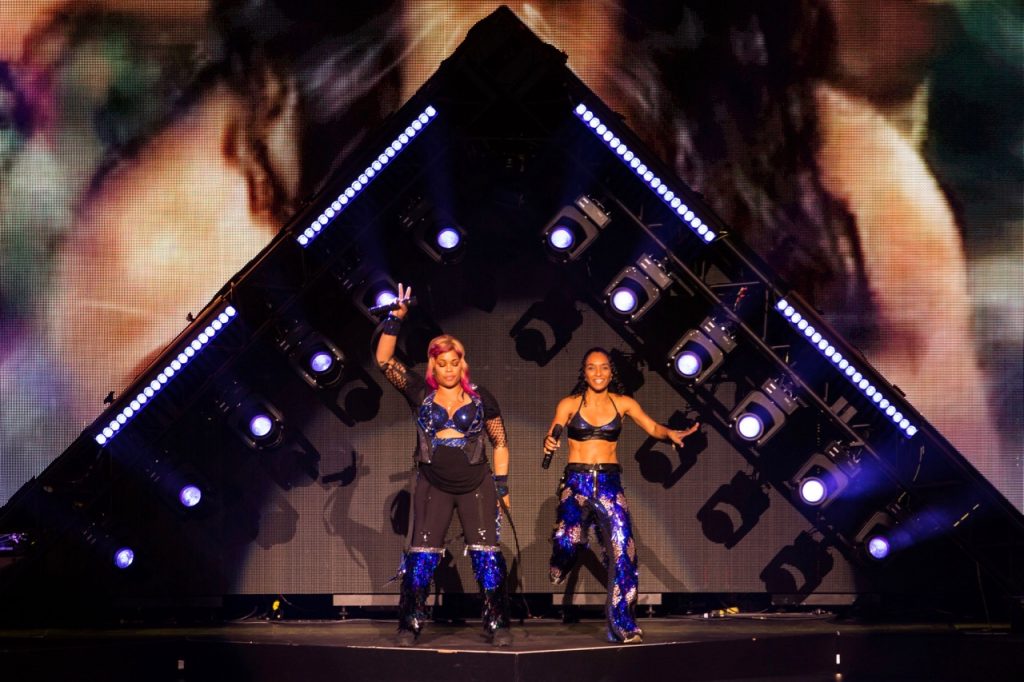 “Ain’t 2 Proud 2 Beg,” “Baby-Baby-Baby” and “Diggin’ on You” – featuring sugary sweet vocals from Thomas – all appeared early in the set. Later, TLC shared a pair of dance-inducing singles from their 2017 self-titled album in “Way Back” and “It’s Sunny.” The group’s backing band – led by funky bassline purveyor Mykal Curtis – and gravity-defying dancers added to the show with nostalgic dance breaks stripped from TLC’s iconic music video choreography and unyielding jam sessions fit for a stadium rock show.

“No Scrubs” produced arguably the biggest sing-along the Hollywood Casino Amphitheatre has seen all summer while “Red Light Special” slowed things down with its sultry melody. “Unpretty” perfectly melded the past and the present as Watkins noted that the empowering song’s message is more relevant than ever in this era of social media.

“This is a song I wrote from my heart,” she said before wielding her trademark tenor vocals – beautifully husky – to add a satisfying depth, that only comes with time, to each candid verse. 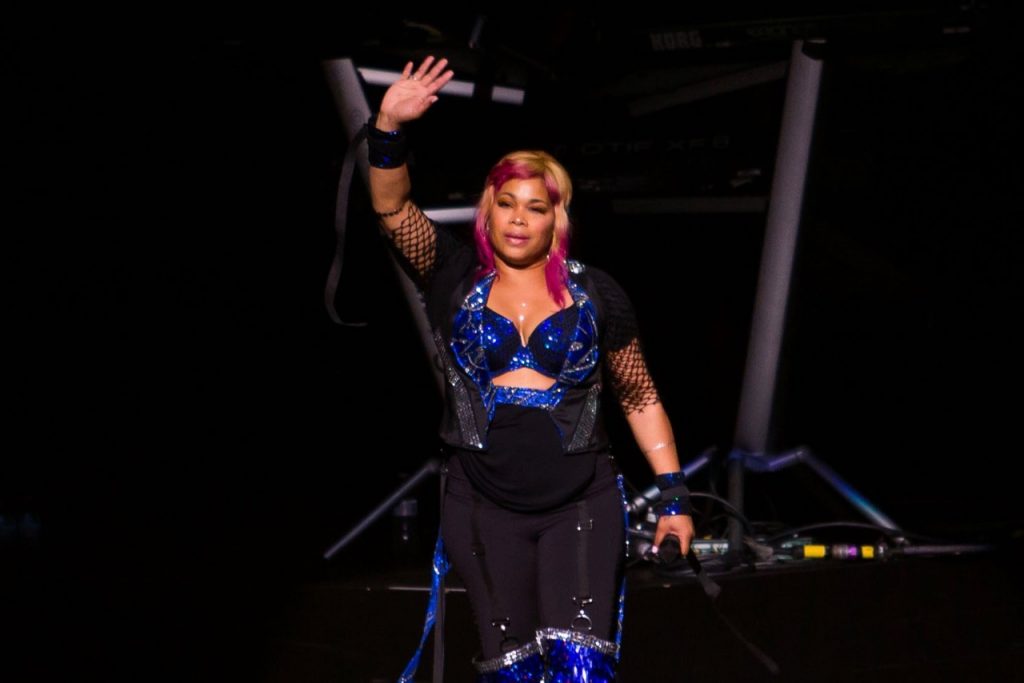 Lopes’ spirit was felt throughout the night especially in the set’s bookends of, “What About Your Friends,” – which opened the show – and the finale, “Waterfalls,” as both songs featured her lyrical poetry exactly as it was originally recorded. Cheers began to rumble as Lopes’ “Waterfalls” verse approached and, as the dancers turned around to reveal glowing images of Lopes on their jackets, Watkins and Thomas requested everyone to lift their cellphones in the air in honor of the memory of their late “sister.” The crowd happily obliged, creating a touching tribute to an incomparable talent gone too soon.

This effortless synergy between artist and audience is no accident. With TLC’s honest approach – on stage and off – to such topics as AIDS awareness, the drug epidemic and self-esteem, fans have always felt like Lopes, Watkins and Thomas were more like friends or family rather than superstars to be placed on a pedestal out of reach.

“Some of you have been with us for 27 years,” said Thomas midway through the Sunday night set. 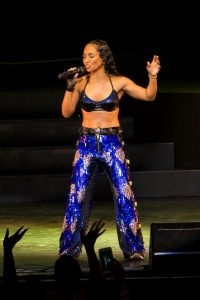 “Some of you have come along the way and we love you just the same… If it weren’t for you, we wouldn’t be here today.”

A lot of musicians take time out to thank fans or host VIP meet-and-greets, but Thomas took her audience appreciation to the next level by coming out after TLC’s set to shake hands, sign autographs and take selfies with as many people as possible. She spent the entire set break before Nelly’s performance connecting with the crowd, creating genuine memories through each personal interaction.

Check out photos from TLC, Nelly and Flo Rida’s performance at the Hollywood Casino Amphitheatre in Tinley Park below and head over to Officialtlc.com to pick-up tickets to the remaining tour dates.

(Slideshow below by Laurie Fanelli; click on each photo to advance)