The thing about sad songs is they make you smile when they are being sung in unison with thousands of devoted fans.

This was the scene as Phoebe Bridgers headlined the opening day of the Pitchfork Music Festival on Friday, Sept. 10, 2021. After opening with the Stranger in the Alps favorite, “Motion Sickness,” Bridgers committed the bulk of her set to her 2020 release, Punisher, an album that clearly served as the soundtrack to many festival-goers’ year of Covid-induced isolation.

“Kyoto,” dedicated to Bridgers’ dad, was met with cheers before fans pivoted to sing along with every word. The pensive “Garden Song” and the softly, hopeful “Halloween” provided the necessary elements to create tender moments of connection between artist and audience that have been percolating throughout the pandemic.

Masks were prevalent throughout the day and night as festival organizers encouraged attendees to wear the now-standard accessory whenever they were not actively eating or drinking. Further Covid-19 safety measures included an increase in hand washing and sanitizing stations and everyone needed to show a proof of vaccination or negative test before entering the grounds at Union Park. Aside from these precautions, Pitchfork felt very similar to previous years with the exception perhaps of the overwhelming evidence that fans felt a pent-up enthusiasm to support the artists and event by hopping in the merch line which spanned the park for most of the day. 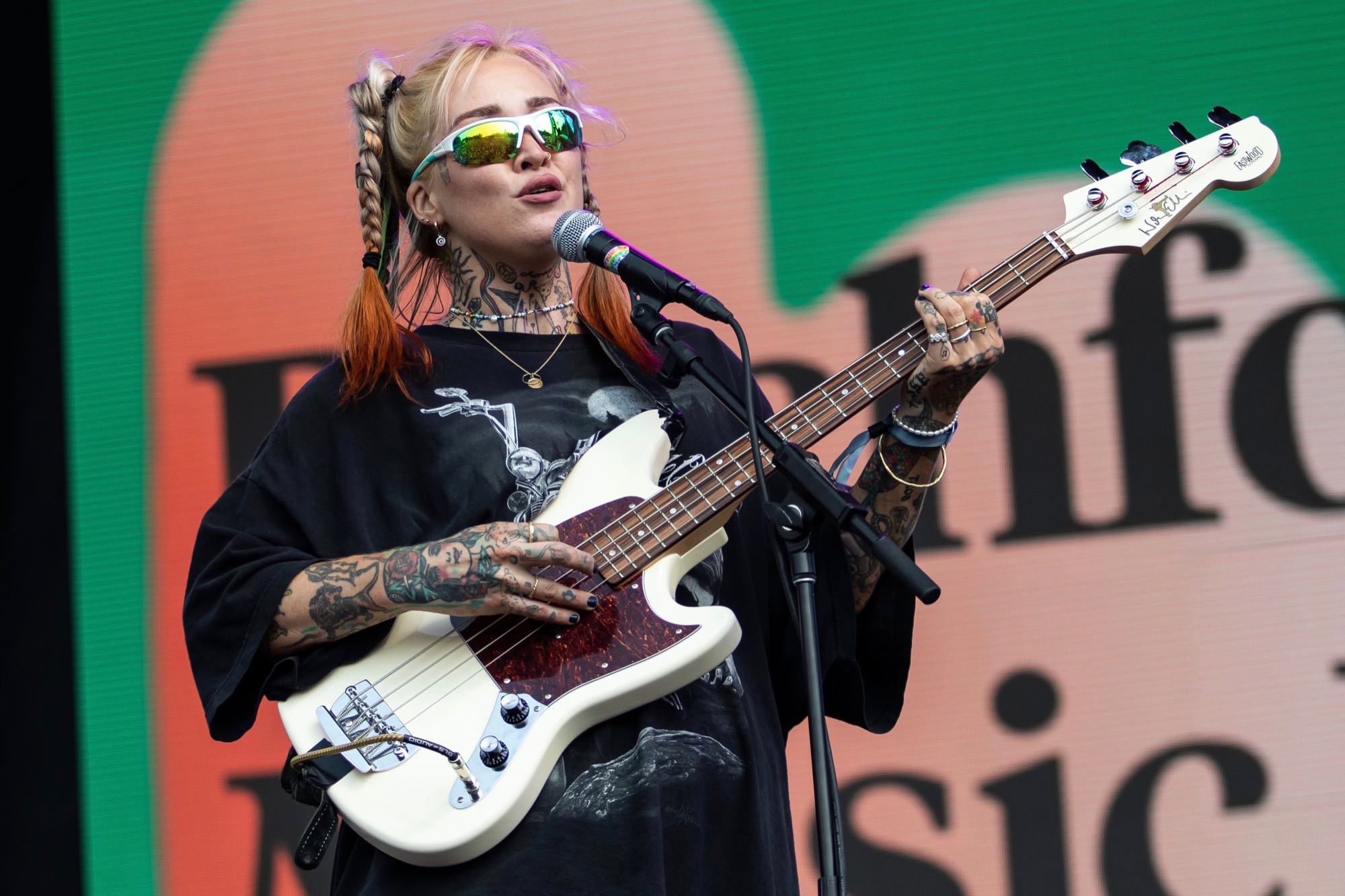 DEHD performs at the Pitchfork Music Festival in Chicago on Sep. 10, 2021.

Blues skies blanketed the sets of Armand Hammer and Dogleg, the first acts of the fest, and DEHD – Emily Kempf, Jason Balla, and Eric McGrady – made the most of the sunshine with their untethered surf-adjacent sounds during their early-afternoon performance. Like Bridgers, DEHD also released new music in 2020 and songs from Flower of Devotion highlighted their early afternoon set. By pairing passionate yips and intoxicating, almost apathetic vocals – sonically creating the irresistible pull that comes from someone playing hard to get – DEHD drew fans into their orbit with “Disappear” while “Flying,” instantly gratifying in its melodic composition and grounded rhythms, brought the set to new heights. 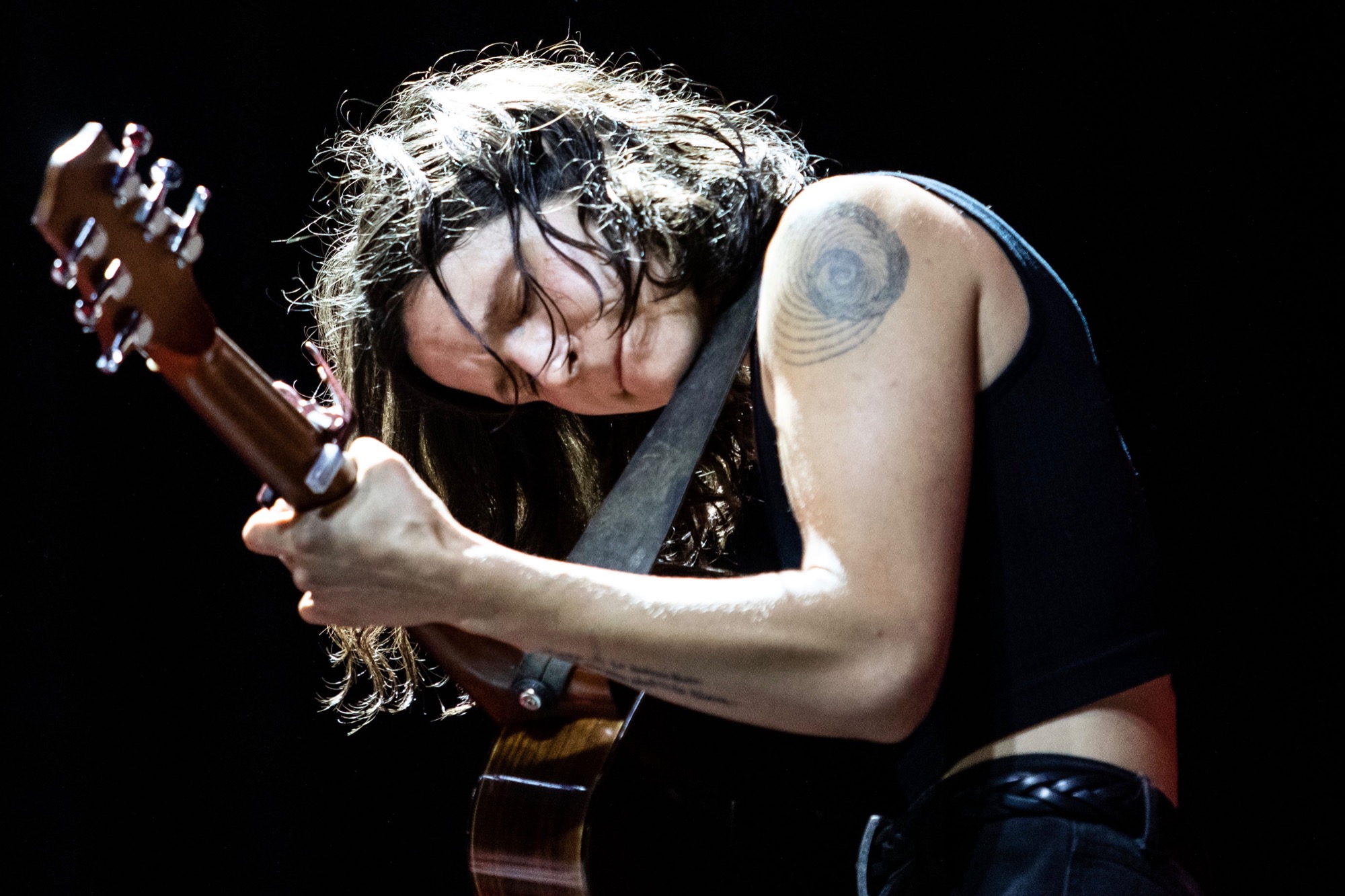 Big Thief performs at the Pitchfork Music Festival in Chicago on Sep. 10, 2021.

A performance from the recently reunited group The Fiery Furnaces produced art rock vibes with the buoyant “Single Again” and the analog delights of “The Garfield El.” Hop Along, black midi, Animal Collective and Big Thief – who closed out the Red Stage with an intimate understated set – also created memorable moments. 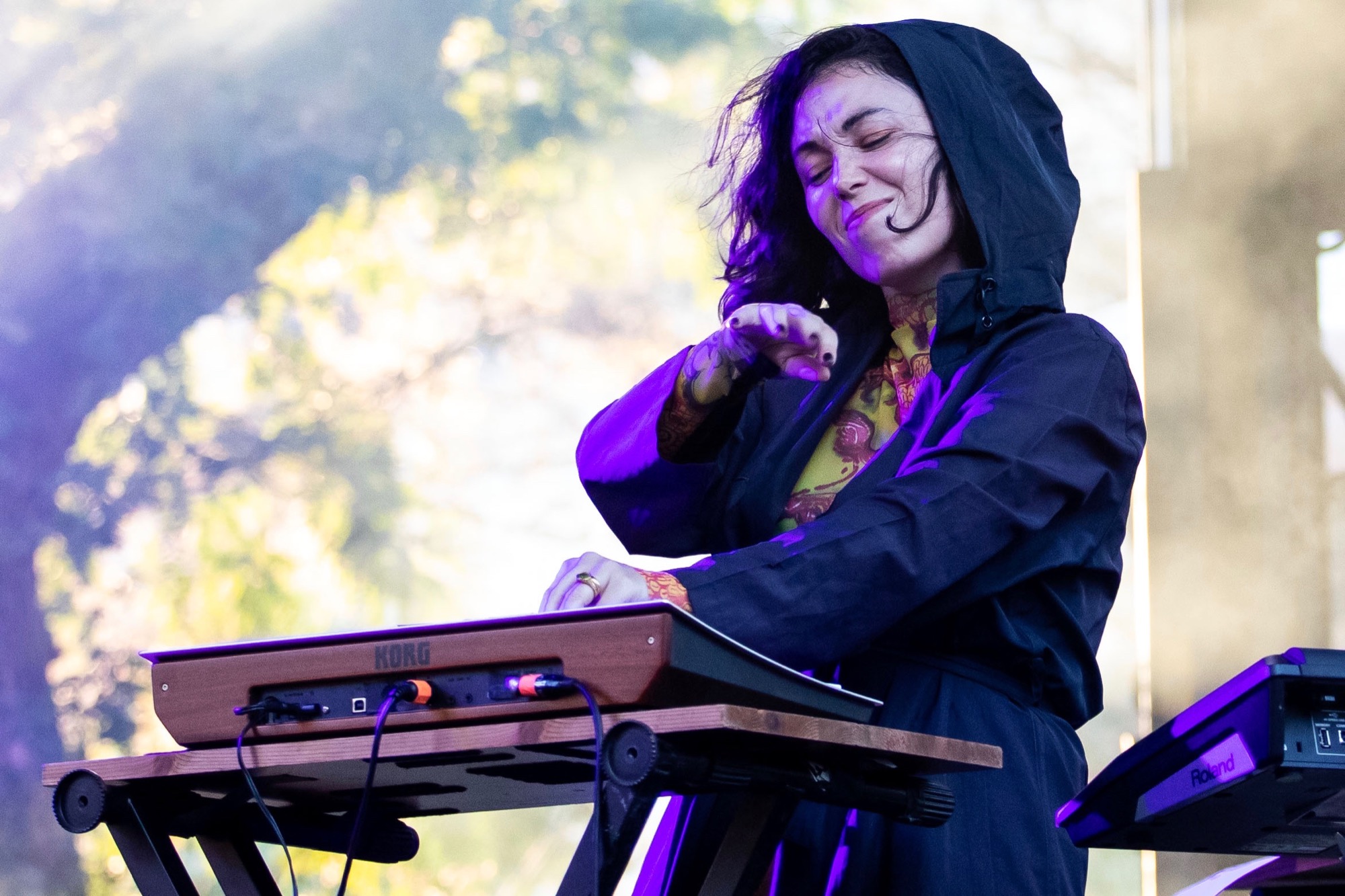 Kelly Lee Owens performs at the Pitchfork Music Festival in Chicago on Sep. 10, 2021.

Across the park, The Blue Stage was dominated by electronic artists including DJ Nate, The Soft Pink Truth, Ela Minus, and Yaeji, but it was Welsh musician Kelly Lee Owens who proved to be the stage’s breakout hit. She looked like a sorceress following a recipe of synths and sample pads to create a spell with her opener, “Arpeggi.” Her incantation clearly worked as fans danced in dust clouds during “Jeanette” and “Melt!,” a pair of songs that drove the set into its pinnacle.

One thing was clear throughout Day One of Pitchfork, after such a long absence, experiencing live music felt like a breath of fresh air.

The Pitchfork Music Festival continues through Sunday, Sept. 12. Stay tuned for more coverage and head over to Pitchforkmusicfestival.com for tickets and more information. 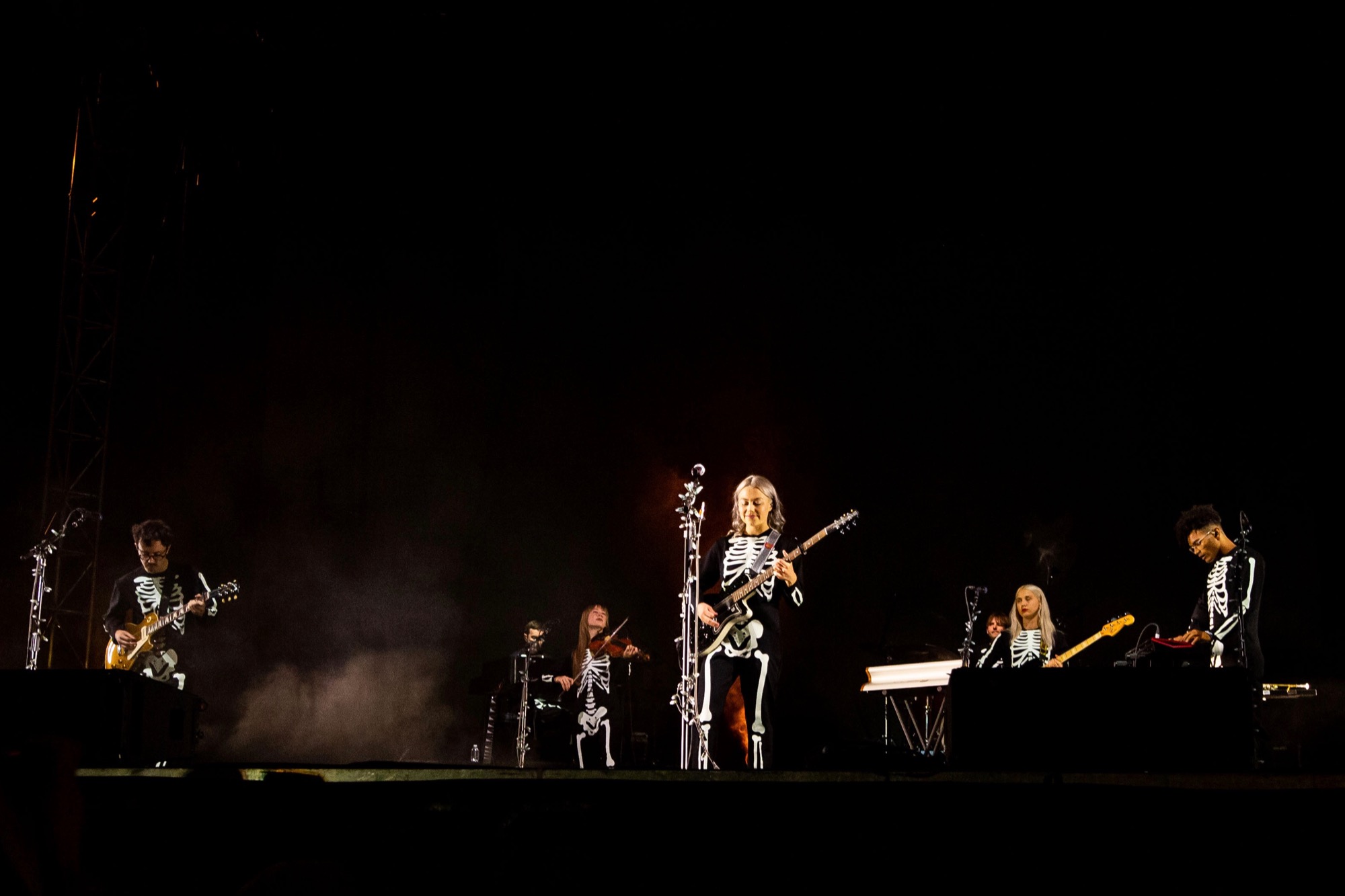 Phoebe Bridgers performs at the Pitchfork Music Festival in Chicago on Sep. 10, 2021.