On the third and final day of the Pitchfork Music Festival – held at Chicago’s Union Park on Sept. 10-12 – the lineup was dominated by genuine artists who challenged listeners to think differently about what makes a song a hit. From technical savants to free-spirited poets to theatrical performers with great attention to detail, the schedule was packed with musicians who can only be described as phenomenons.

There was also a plethora of spontaneous, messy moments that inspired dancing, moshing, and even a little laughter. 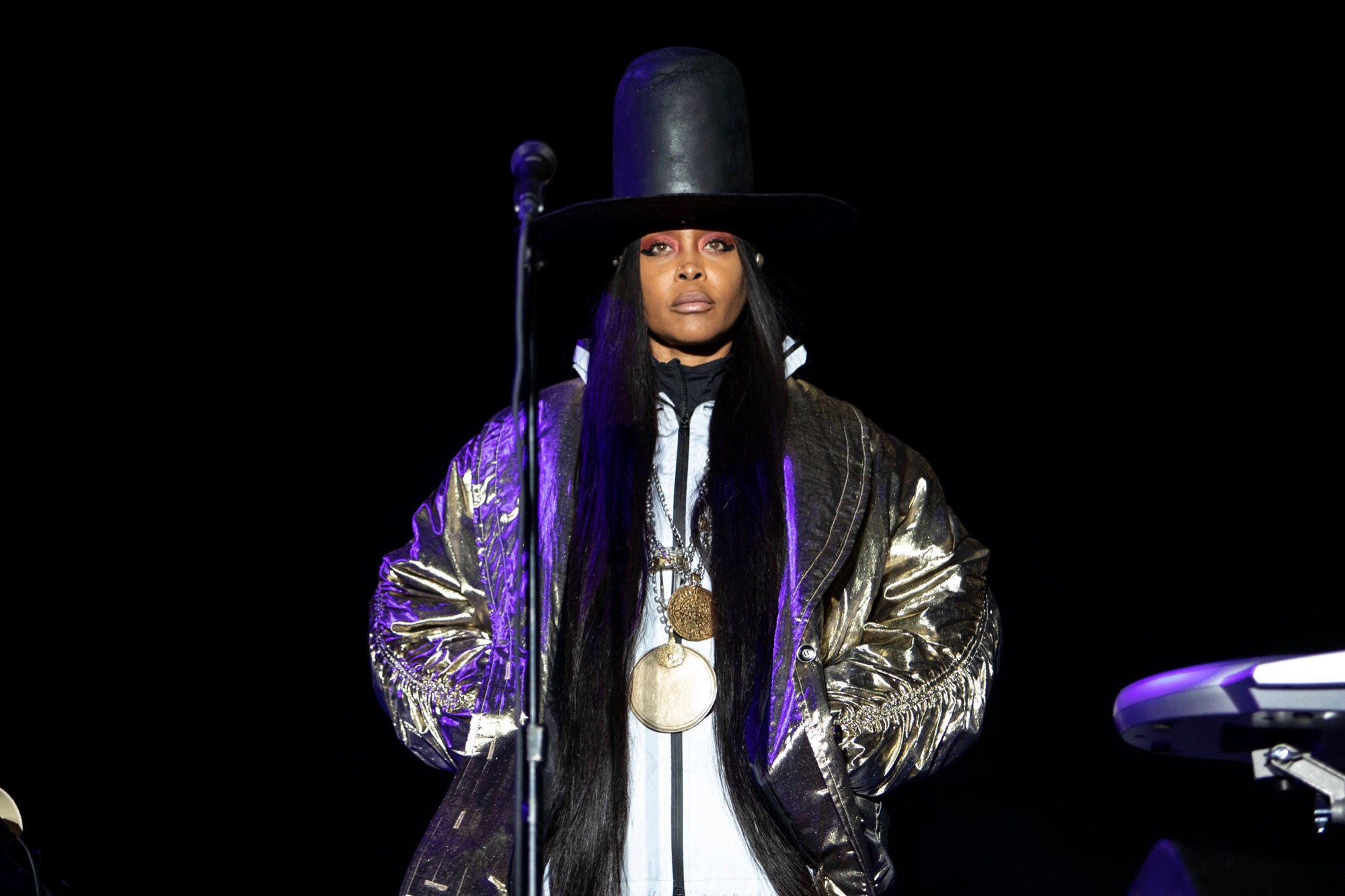 Erykah Badu performs at the Pitchfork Music Festival in Chicago on Sep. 12, 2021.

Living legend Erykah Badu was impeccably dressed as she arrived fashionably late to the Green Stage for her festival-closing headlining set. Performing live from Badubotron, the Neo-soul poet set a tone of “peace and love” that radiated across the crowd as she sang “Hello.” She instituted only one rule for fans to follow – a policy of to each his own.

Feeling the groove and eager to sing, the crowd pulsed as Badu shared a mash-up of “On & On” and “…& On” early in the set. 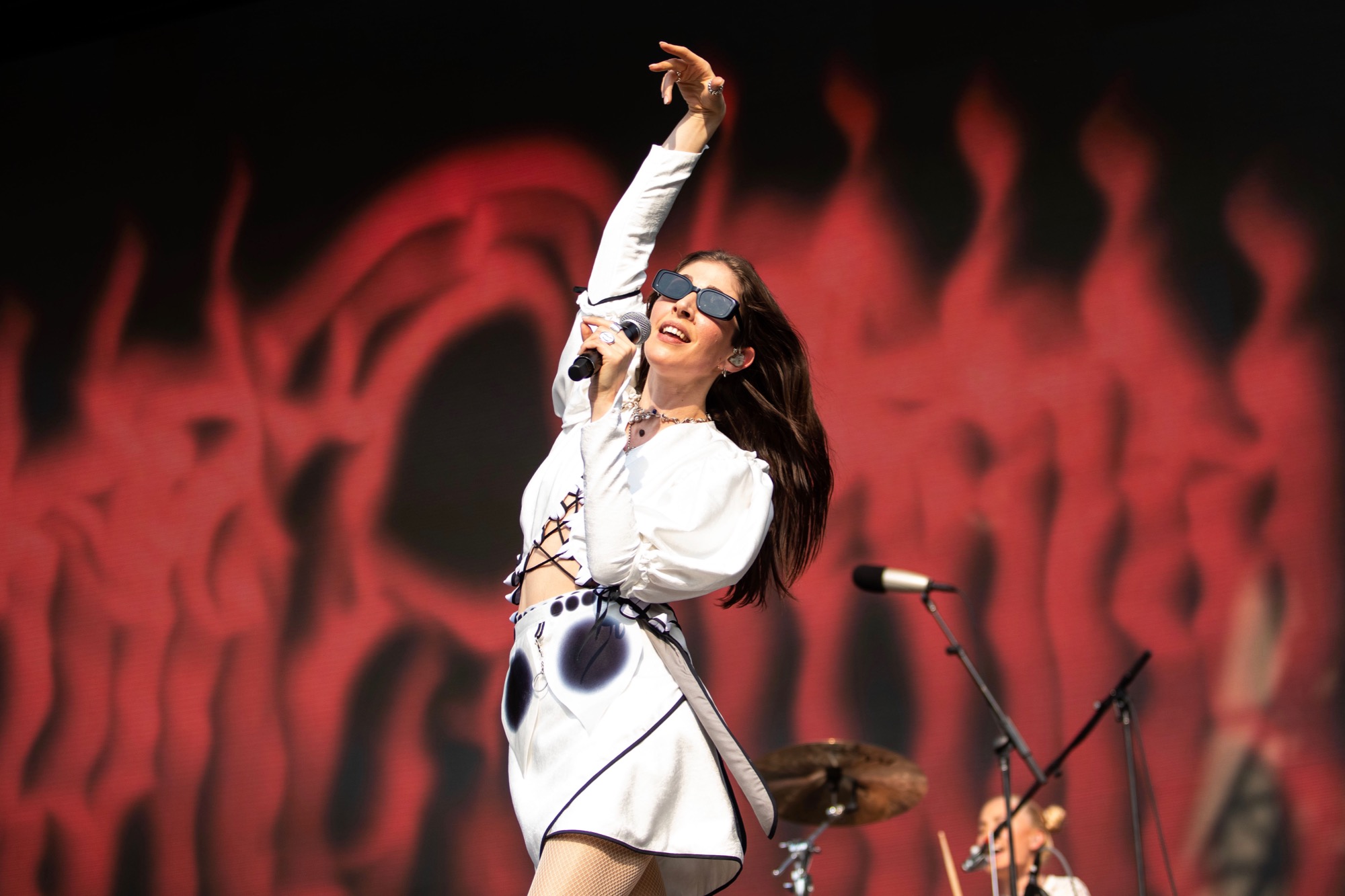 Caroline Polachek performs at the Pitchfork Music Festival in Chicago on Sep. 12, 2021.

Festival-goers also adored Caroline Polachek’s afternoon appearance during which the Chairlift co-founder’s delicate choreography added nuance to an already layered performance. A flick of the wrist sent hearts aflutter on “Pang” and Polachek conjured the title character of “Bunny is a Rider” with some carefully placed horns.

“It feels so good to be back doing festivals,” she said during one of many candid chats with the crowd. 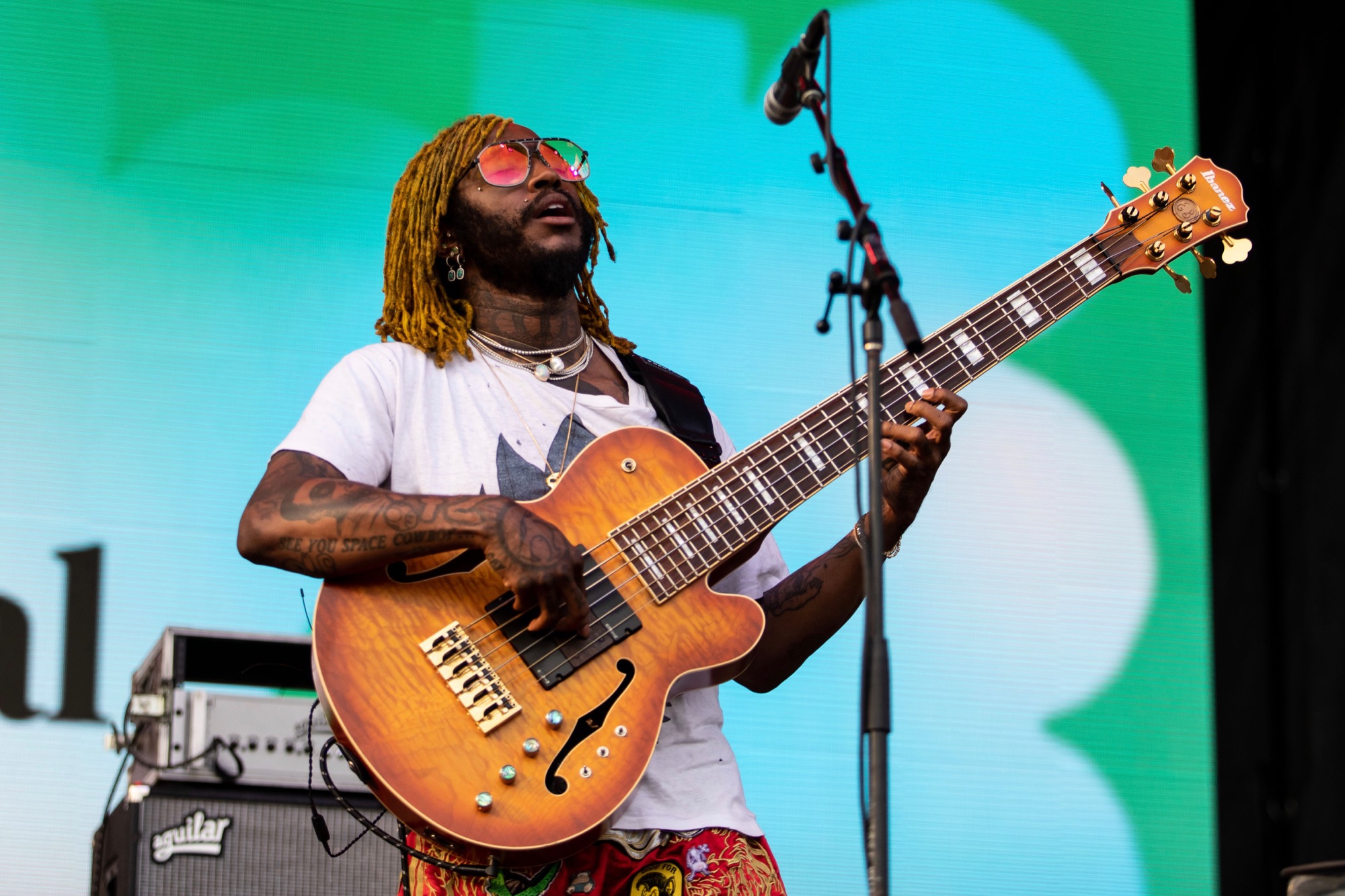 Thundercat performs at the Pitchfork Music Festival in Chicago on Sep. 12, 2021.

When it comes to technical prowess, Thundercat – real name Stephen Bruner – is in a league of his own. The bassist’s impossibly fast fingers wowed on songs like “A Fan’s Mail (Tron Song Suite II)” and “Lost in Space / Great Scott / 22-26.” Drummer Justin Brown and keyboardist Dennis Hamm added to the complexity of the set especially when sound problems occurred during “I Love Lewis Cole.”

Across the park, Danny Brown made the case for spontaneity with a wonderfully loose set that at times felt more like a stand-up comedy routine than a rap concert. His banter about turning 40, as well as the finer points of pot pies, was hilarious but it was his riffs on his pandemic-induced rustiness that caused the most ripples of laughter to flow through the crowd.

“I wasn’t sitting around listening to Danny Brown music during the pandemic,” he joked about his trouble recalling lyrics. 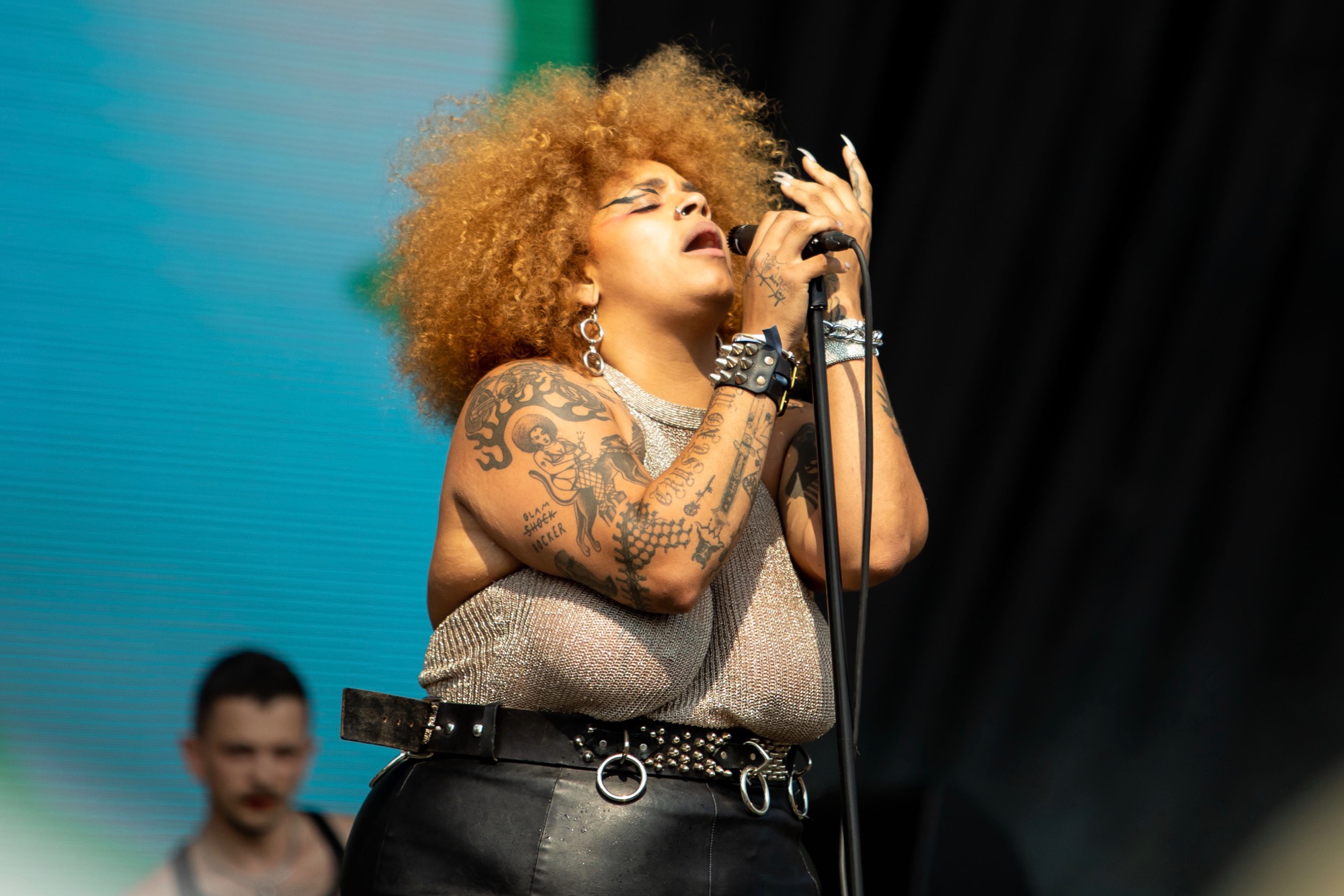 Special Interest performs at the Pitchfork Music Festival in Chicago on Sep. 12, 2021.

Fans of raw performances had a really good reason to arrive early on Sunday with Special Interest opening the Red Stage. Their punk, techno-infused sound ripped through songs like “Street Pulse Beat” – which vocalist Alli Logout said was especially emotional to perform live – and the set-closer “Young, Gifted, Black, in Leather.”

All in all, the 2021 edition of the Pitchfork Music Festival felt like a joyous opportunity to celebrate live music, art, and harmony as safely as possible in a time when we need community more than ever. Be sure to check out our coverage from Day One and Day Two of the fest and more information about this year’s event can be found at Pitchforkmusicfestival.com. 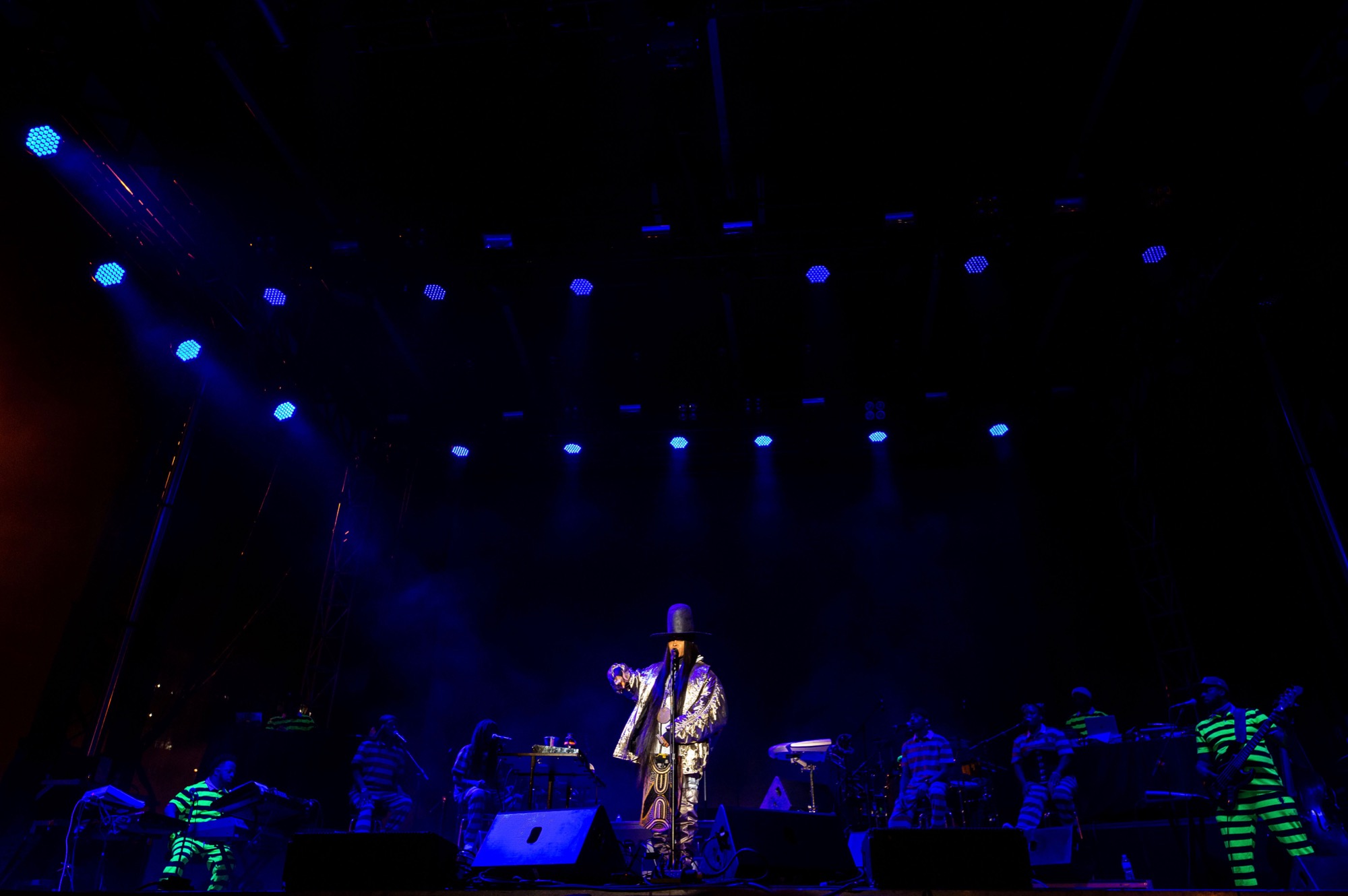 Erykah Badu performs at the Pitchfork Music Festival in Chicago on Sep. 12, 2021.