There’s no hashtag to call out the experiences of society’s youngest victims of sexual abuse. The Chicago Children’s Advocacy Center receives some 2,000 reports of child sexual abuse annually—a small portion of actual incidents that occur, according to Julia Strehlow, the center’s education outreach and prevention manager. I caught up with Strehlow to find out if the #MeToo movement was reaching younger victims and how we can do more to prevent child sexual abuse. 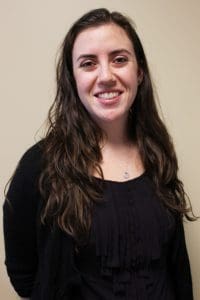 The #MeToo movement has made me think of the people least able to speak out—children. What’s your reaction been to the sudden focus on sexual assault?

I have been pleased to see the openness to women and other people who are speaking out about any sexual assault or harassment, whether in adulthood or childhood.

Your site explains that children often disclose abuse through “unusual behaviors or changes in behaviors,” not words, which is sort of the opposite of what we’re seeing among adult victims. Has there been any ripple effect to minors?

I think absolutely. It’s hard to capture those kinds of effects in a particular moment in time. What we see going on now is the beginning or middle of a larger cultural shift that I presume will impact people who are children now, but later in adulthood.

Have you seen any improvements in the treatment of children or the likelihood of sexual abuse to be reported?

We’ve already seen positive effects in the last 30 years. Among people who had their childhood after 1980, on average one in 10 children have been abused before they turn 18. The rates are higher for folks that were born before then. The movement that we’re seeing now will only help.

What’s changing, if anything?

The biggest thing that’s changed is technology and how kids interact with it online. Many of us who have some responsibility for children—parents, teachers and other people who work with kids—didn’t grow up with the internet. Oftentimes law enforcement is working to catch up with technology.

It’s important for parents to talk to their children about online safety, and for teachers, librarians and coaches to understand the importance of open communication and the way kids use the phone, computers, whatever. I think that’s huge right now.

Is there a way parents can approach the conversation with their kids?

There’s a myth that we shouldn’t talk to kids about this. Most of the time, kids are curious about getting more information about their body, and in most cases it’s empowering them, not scaring them. We recommend that people start having conversations with children about their bodies and body parts as soon as kids can talk. As kids grow up, there are different recommendations for talking to them about developments. There are a lot of great books on the subject that parents can read.

The situation seems especially tricky when abuse is taking place within a family and the abuser is someone a child would normally confide in.

There’s so much under-reporting. Intra-familial child sexual abuse leads to incredibly complex dynamics for children, parents and other family members. It isn’t helpful to make assumptions about these situations. It’s important to be supportive to the child and understand that they may have feelings of care and love for the abuser in spite of the abuse. Through ongoing high-quality therapy and treatment, children and families can heal.

What can someone outside of the family do if they suspect something?

The most important thing that an adult can do to help a child who’s been sexually abused is to believe them. Many people fear that reporting can cause conflict and problems, but ultimately the abuse needs to stop immediately, and adults have the responsibility of protecting children. The safety of the child is more important than the potential conflict that could arise.

An online workbook called Keeping My Family Safe has other helpful tips. Suspected child sexual abuse should be reported to the Illinois child abuse hotline (1-800-25-ABUSE). For those outside of Illinois, the national hotline number is 1-800-422-4453.

Clare Curley writes about biking, business, being a broad and other stuff that piques her curiosity.