Sex, drugs and Donald Trump were among the topics mined for comedic gold by Margaret Cho during her Sept. 23 performance at the Chicago Theatre. The Saturday evening set not only served as a hilarious night out on the town for Windy City comedy fans, but it also marked the very first date in the comedian’s brand new Fresh Off the Bloat Tour. 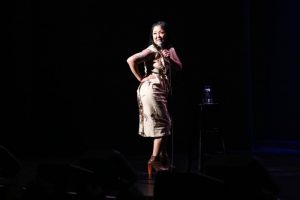 Zero punches were pulled as Cho dove into the swampy waters of the current political landscape. “Every day there’s some f*cking bullsh*t,” Cho said of living in Trump’s America. “They legalized marijuana in California just in time for Trump,” she said before noting that we may need additional mind-altering substances to further cope with the remainder of Trump’s term.

Cho’s national tour opener, Selene Luna, also found humor in the White House, joking that the current administration just may be our punishment for avoiding the Y2K apocalypse that might have been. Luna also generated lots of laughs sharing her love of being a newlywed and her terrifying near-death experience of making love on memory foam. 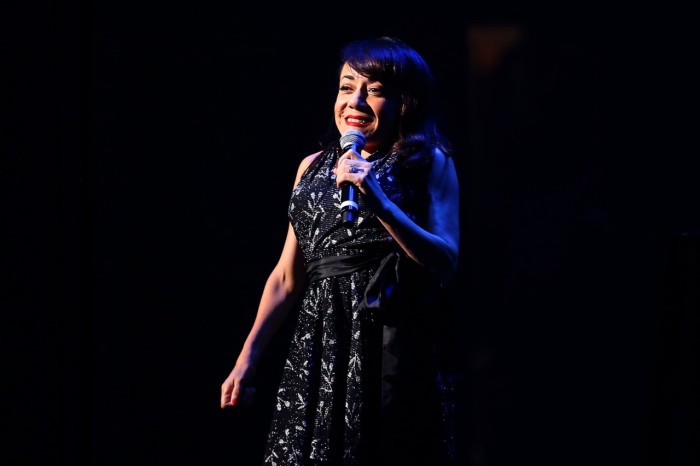 Other hilarious bits accentuated by an endless string of punchlines included Cho’s experience learning to twerk and her expert analysis of her friend, Kathy Griffin‘s, now-infamous presidential photo scandal. Cho’s impression of her mother – which she shared several times throughout the night – also propelled the crowd into hysterical fits of laughter as did her segment skewering Hollywood’s habit of whitewashing Asian characters, which concluded with an incredibly funny impersonation of Tilda Swinton, who portrayed the Tibetan character the Ancient One, in “Doctor Strange.”

With more than 30 years as a stand-up comedian under her belt, Cho’s uncanny ability to effortlessly weave hilarity into any scenario came as no surprise, but the most striking aspect of her comedy – and one reason fans love her so much – was her willingness to dissect difficult topics including abuse, the AIDS epidemic and bigotry with care and comedy. Her Chicago Theatre performance included several segments in which Cho addressed her own experience as a survivor of abuse, while expertly removing any stigmas attached to such conversations, all the while keeping an air of humor to the subject matter. This is truly where Cho’s comedic genius lies. 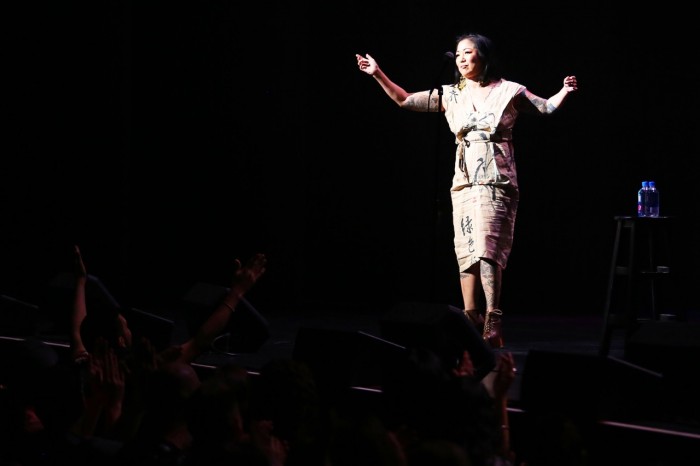 Later, one of the most unabashedly funny portions of the night took inspiration from the tour’s title, Fresh off the Bloat, as Cho described her experience on an all-fruit diet. Rumblings of giggles could be heard among the crowd from the moment the comedian began the fiber-rich routine. By the time she unveiled the meaning of “brown alert,” body-shaking belly laughs filled the capacity of the iconic theatre.

Cho will continue to tour across the U.S. throughout November before bringing her Fresh Off the Bloat Tour overseas. Head over to MargaretCho.com to see when she will be heading to a city near you.