“They want it but you can’t let them,” Glaser said of dogs’ desire to get up close and personal with every crotch they meet – especially their owner’s. She further explored the outer-reaches of sex taboos by introducing the crowd to her Lindsay Lohan-inspired, sex-hungry character that helps her keep her long-term relationship hot, heavy and maybe even a little “gross.”

Although the comedian has no desire to enter into marriage – primarily because “divorce seems like such a f*cking hassle” – she did express an interest in enjoying a prolonged engagement full of adoration, praise and presents.

“I just became a stay-at-home aunt,” Glaser said before expressing a small amount of jealousy for the lavish attention her sister is now receiving, after all, the comedian is the one who’s been on TV.

Invasive TSA practices, the effectiveness of the morning after pill and the fashionable clothing found in Target’s “court section” further highlighted Glaser’s ability to find humor in the hidden corners of almost any topic, while her request for an “ignored women shelter” in response to her boyfriend’s silent treatment was absolutely inspired in its hilarity. 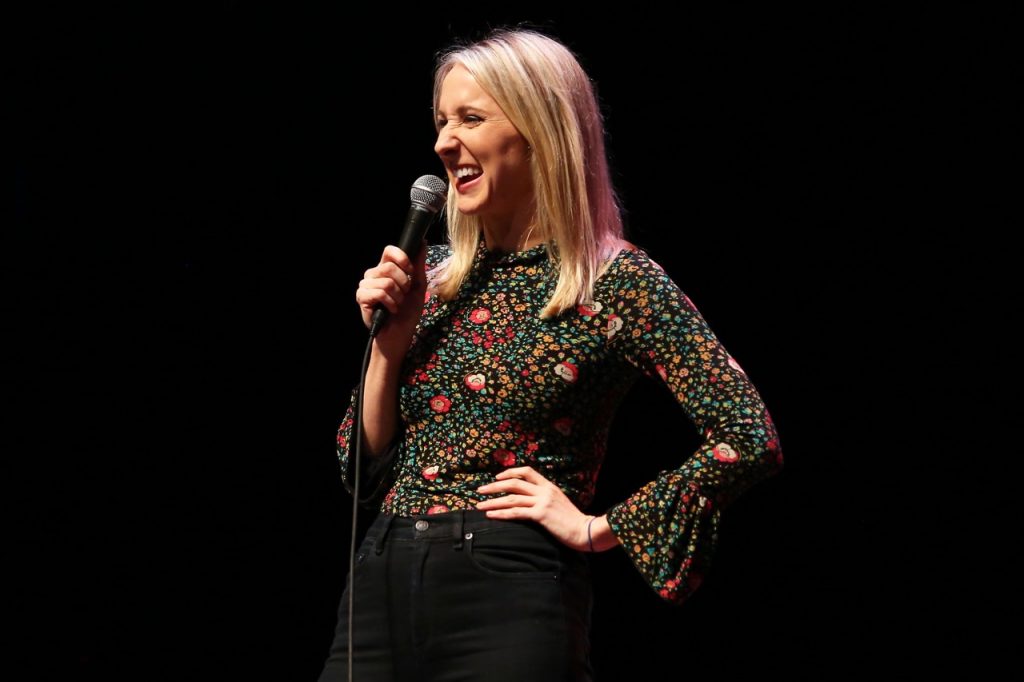 Glaser had fans rolling with laughter all night long, but she saved some of her funniest material for last as she explained her intense hatred for celebrity culture, endorsements and spokespeople. Jennifer Aniston’s unlikely Aveeno usage, Mila Kunis’ hot and heavy description of aged whiskey and Adam Levine’s women’s clothing line – available at K-Mart of all places – all inspired glee from the mind of Glaser. Her expert analysis of how the Kardashians ended up partnering with Sears on a designer label was an absolutely magnificently crafted bit.

Earlier in the night, 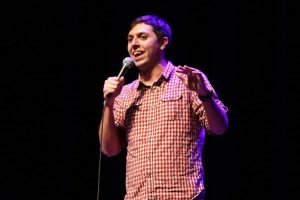 Tom Thakkar – who had to change his name from Tom Brady after getting tired of being compared to the deflate-gate football star – kicked things off with a few funny tales of being a “liberal little boy” living in Brooklyn. His experience growing up in Indiana and hailing from a family of Trump voters also had fans at Thalia Hall cracking up during his opening set.

Later this week, Glaser will be appearing on “Celebrity Ninja Warrior” in conjunction with Red Nose Day. “They thought I was a celebrity and I said, ‘yes,’” she joked. Tune into NBC at 8 p.m. on May 25 to watch her navigate the obstacles and head over to NikkiGlaser.com to pick up tickets to see her perform across the U.S. this summer and beyond.