Unlike most music festivals, Vans Warped Tour does not announce its set times before opening the gates as its schedule differs in every city that hosts the traveling punk/metal/rock extravaganza throughout the summer. As such, fans who arrived early at the Tinley Park edition – held at the Hollywood Casino Amphitheatre on July 22 – quickly discovered that the day’s schedule allowed them to experience feminist punk, female-fronted metal and the best ska band in the business virtually conflict-free.

‘I think by the end of this show we’ll be friends,’ said Save Ferris front woman Monique Powell

Save Ferris kicked off the festivities with a bright and fun-filled set on the Journey’s Right Foot Stage, easing fans into the jam-packed day with a bit of light skanking before it came time for heavy moshing and endless crowd surfing.

“I think by the end of this show we’ll be friends,” said front woman Monique Powell. This statement proved to be correct as she ventured into the crowd to get up close and personal with fans during their final song, “Come On Eileen.” “The World Is New,” “What You See Is What You Get” and “Anything,” which Powell described as being about “loving someone so much you want to kill them,” were additional highlights of their early afternoon performance. 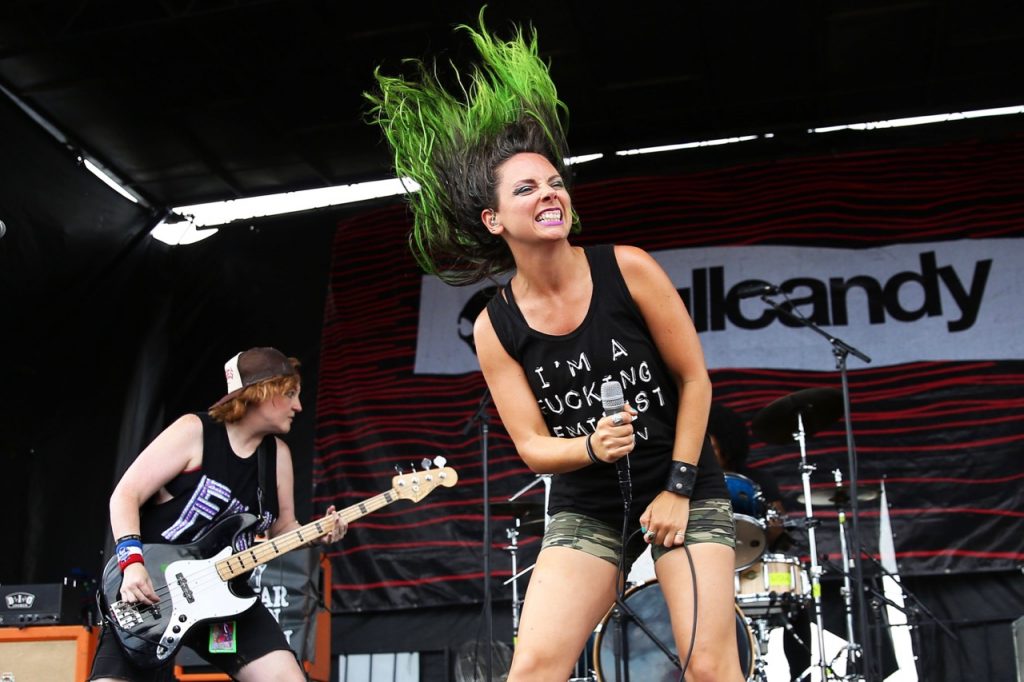 Feminist punk band War on Women, fronted by Shawna Potter, did not disappoint

War on Women’s feminist hardcore sounds served as a siren song to Warped Tour fans thirsty for a dose of politically-charged music that promised to change the world one song at a time. The group’s fierce front woman, Shawna Potter, defiantly pronounced that “everyone should feel safe at a punk show” with the exception of a certain misogynist in the White House. “Say It” and “Pro-Life?” further exemplified the Baltimore punks’ fury at the ongoing politicizing of women’s basic rights and the way capitalism is being wielded as a weapon to objectify and oppress everyone who isn’t a rich white man. 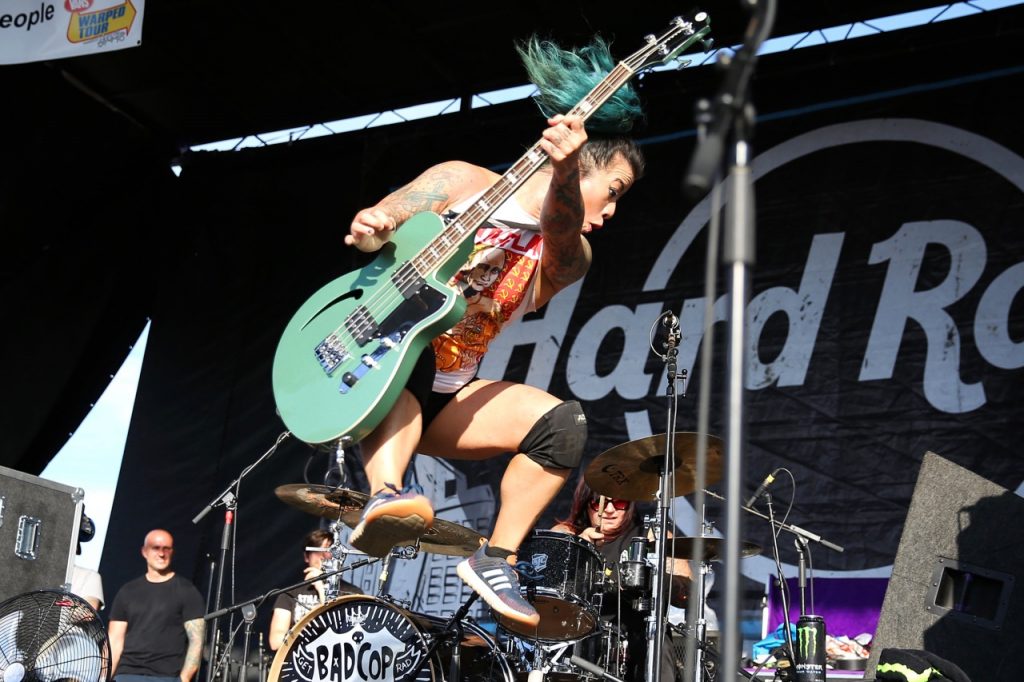 Bad Cop/Bad Cop’s set was full of humor, raging guitars and cheeky criticism of the “man boy in the Oval Office”

One of the few conflicts of the day came in the six o’clock hour when California punks Bad Cop/Bad Cop were placed against the glam grunge group Barb Wire Dolls. Those who ventured over to the Hard Rock Stage were treated to a high-flying Bad Cop/Bad Cop set full of humor, raging guitars and cheeky criticism of the “man boy in the Oval Office,” all of which could be found in the anthemic set-opener, “Like, Seriously?.”

New Year’s Day – fronted by the one-and-only Ashley Costello – brought a touch of theatrics to the Warped Tour party as their larger-than-life melodies eclipsed the grounds on tracks like “I’m No Good” and “Kill or Be Killed.” Jule Vera took a less-is-more approach with their stage design, allowing fans to hone into the melodic compositions of “Show Me” and “Can’t Help.” Neck Deep, T.S.O.L, Gwar and many more bands also had fans celebrating rock in all its glory during Warped Tour Tinley Park. 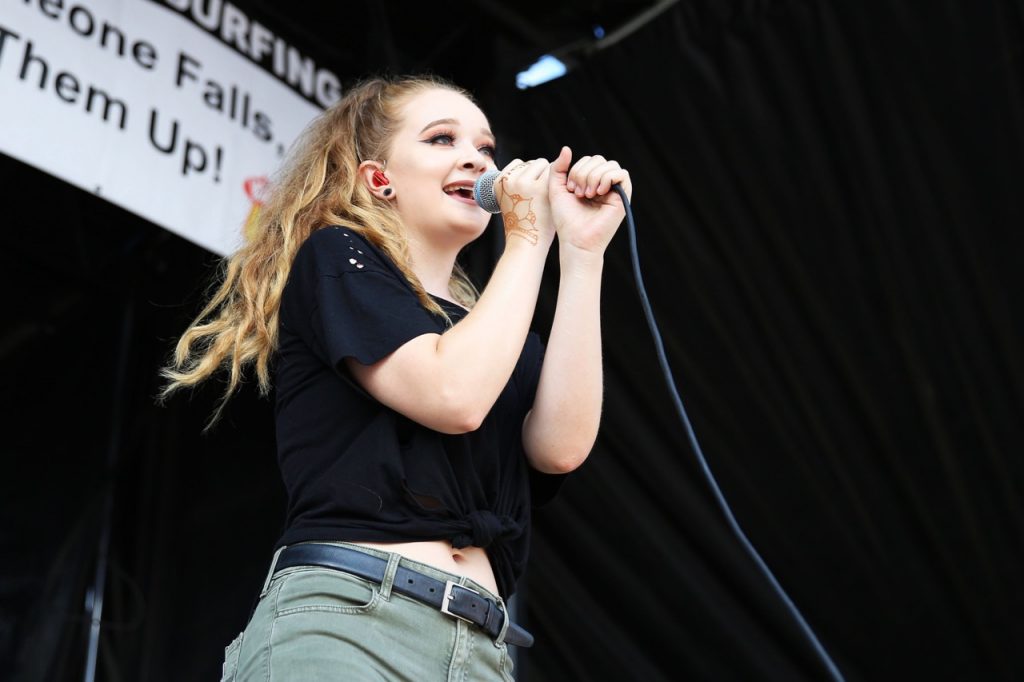 Vans Warped Tour will continue to travel across the U.S. throughout the summer, ending with an Aug. 6 performance at the Fairplex in Pomona, Calif. Head over to VansWarpedTour.com to pick up tickets and to learn more about the festival.