It’s been more than 25 years since Tori Amos’ breakout album, “Little Earthquakes,” elevated pop music to an elegant and intricate art form. With dozens of radio-friendly singles, multiple platinum records and eight Grammy nominations now under her belt, it comes as no surprise that fans continue to love her more and more with each exquisite release.

Amos has a fan base that is as dedicated, if not more so, than jam bands like the Grateful Dead or Phish – in terms of concerts attended and miles logged in the process – a rare feat for a solo singer-songwriter. The primary reason so many people follow her from city to city and catch her on every tour is to witness her awe-inspiring, ever-evolving talent in the live setting. Her set lists change from performance to performance as she fearlessly explores the furthest reaches of her most popular songs, B-sides and rarities until they eclipse themselves with ornate beauty. 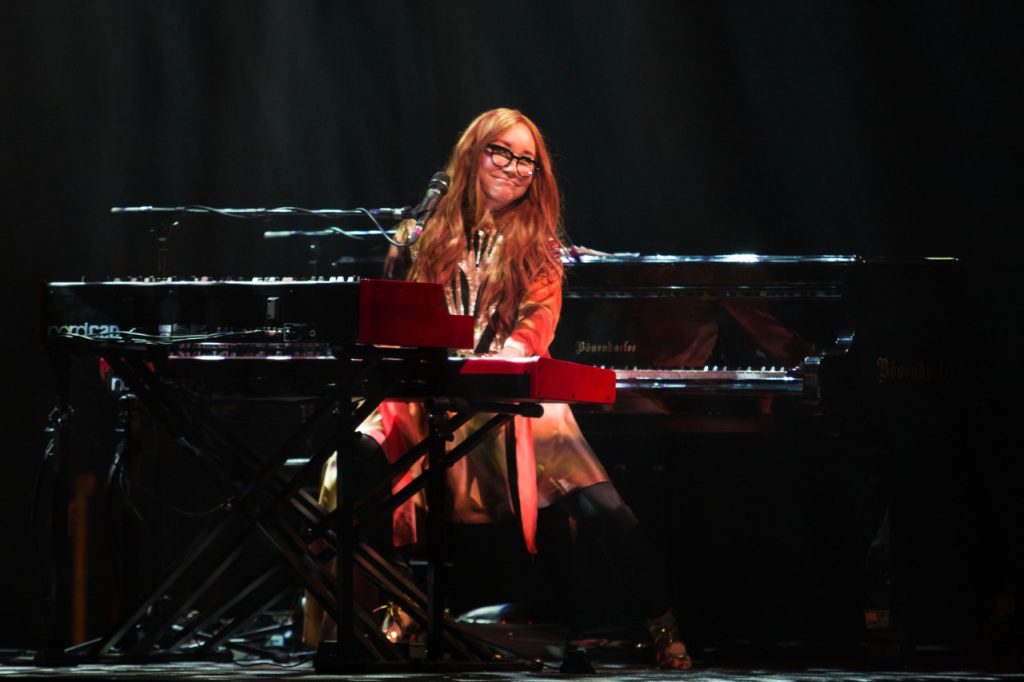 On Oct. 27, Amos stopped by the Chicago Theatre on her current tour in support of her latest album, “Native Invader,” much of which contemplates the symbiotic relationship between earth and all of its inhabitants. A background of snowcapped mountains appeared on stage as she began the album’s haunting first track “Reindeer King” midway through the set. Later, the delicate and defiant “Breakaway” highlighted present-day feelings of divide, but it was her rendition of the album’s deep cut, “Russia,” that served as a direct call to action to stand up for mother earth in the face of politically motivated destruction.

During the “Fake Muse” segment, Amos surprised fans with a pair of unexpected covers. “Here’s a blast from the past. Feel free to sing along,” she said leading into “Smooth Operator” by Sade – which provoked cheers from the crowd as she sang “Coast to coast, L.A. to Chicago” – with a fun interlude of “Do You Really Want to Hurt Me” (Culture Club). She then went on to transform Jim Croce’s “Operator” into a poignant ballad that has never sounded better.

Throughout the night, it was clear that Amos was wholly appreciative of the sold-out crowd’s enthusiasm. An extended exploration of “Yes, Anastasia,” which ended with a jarring slap of the piano, perfectly led into the staunch beat of “Take to the Sky,” provoking rhythmic clapping and a standing ovation from fans. Both artist and audience fed off of each other’s energy when a snippet of “I Feel the Earth Move,” by Carole King, practically brought the house down. 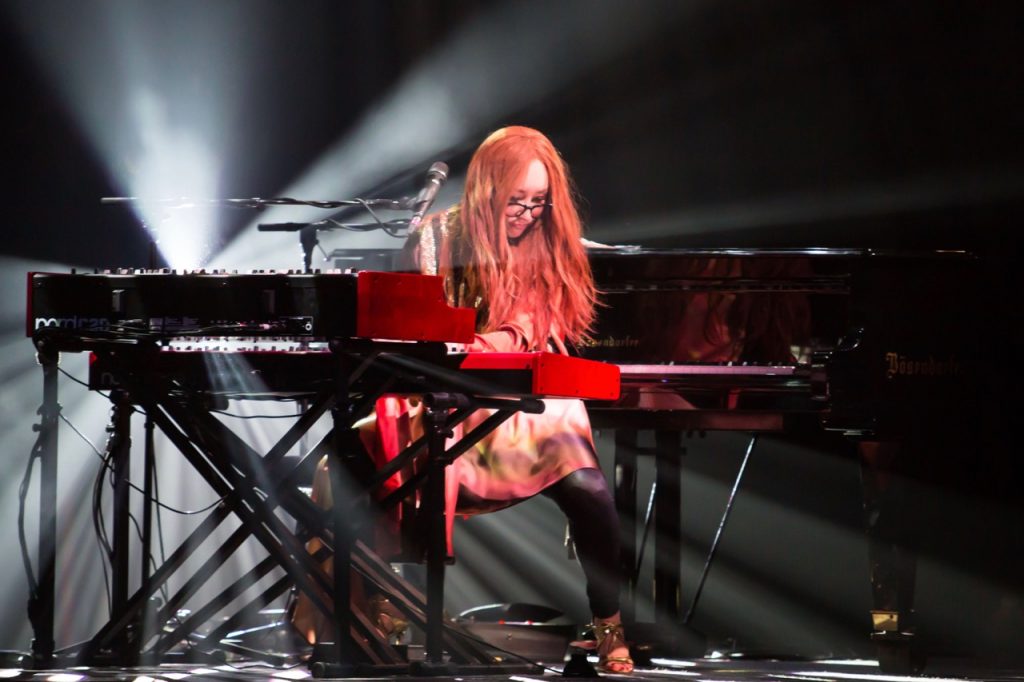 The track that best underlined Amos’ artistry – at once brilliant and effortless – was “Blood Roses,” which closed out the set before a brief encore featuring “Precious Things” and “A Sorta Fairytale.” Beginning with a sustained organ introduction, Amos sculpted the “Boys for Pele” track into a gorgeous hymn, expanding individual notes and words to their most soulful potential until it came time to launch into the harpsichord passage, which led all within earshot on a baroque journey of song and story.

Tori Amos will continue to travel across North America on the Native Invader Tour throughout early-December. Head over to ToriAmos.com for more information and to pick up tickets.