When she was 32, Reyna Ortiz stepped out of the Daley Center and walked across the street to a small restaurant. She tucked herself into a corner and began crying – she was just told that she was unable to legally change her name due to a felony conviction. 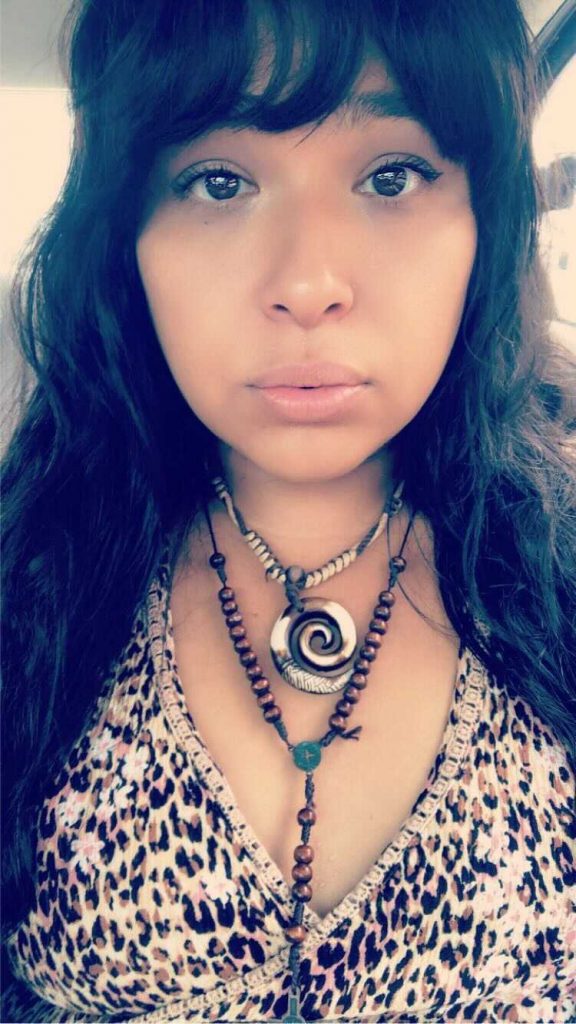 Ortiz, a transgender woman and activist born and raised in Cicero, began transitioning at age 14. “In 1994 when I came out the word ‘trans’ wasn’t even a thing,” she said. “I didn’t know what the word trans was, I just knew that I wasn’t what society considered a boy.”

Although her family was very supportive of her, she faced extreme poverty and other sources of ignorance that led to Ortiz becoming a sex worker at just sixteen. When she graduated high school, she was still participating in sex work as a means of survival.

“The term people use now is ‘sex work,’ but in the nineties that wasn’t an option – you were a prostitute,” Ortiz said.

Another way Ortiz attempted to dig herself out of systemic poverty was identity theft. Twenty years ago, when she was 21, she was convicted of identity theft and fraud.

Seven years after her conviction, Ortiz tried to file a petition with the Cook County Circuit Court to legally change her name. She learned about a ten-year waiting period for those convicted of felonies to petition for a name change.

She waited a few more years and then went to begin the process. Even though she had waited over a decade, there was a new barrier – there is a lifetime ban for those convicted of identity theft in Illinois.

“Once again, I felt alone in this system,” Ortiz said, recalling the day she left the Daley Center with the news. “I feel like the system works against trans people and is not understanding of the trans experience. We are continuously punished for our identity and that is when I realized the chances of me being able to walk around the city with a name that matches my identity was close to none.”

All residents with felony convictions must wait ten years to go in front of a judge and ask for an order legally changing their name, and for those convicted of certain crimes like Ortiz, they never get the chance.

One bill that’s currently on the Illinois Senate floor could change that.

The bill, known as HB2542, would bring Illinois law in line with the majority of other states with a myriad of changes, including removing the ten-year waiting period for people with felony convictions and the lifetime ban for those with identity theft convictions; and expanding access to the waiver process and streamlining the procedure with a statewide and standardized petition.

Elizabeth Ricks, staff attorney for the TransLife Care Program at Chicago House and Social Service Agency, has been working on the bill alongside Rep. Kelly Cassidy (D — 14th District), the bill’s primary sponsor.  Ortiz has also been a vocal activist for a bill.

“We [Illinois] are a major outlier in many ways,” Ricks said. “This is a matter of life or death for folks, and I don’t know if people understand that.”

Having matching names on documents is vital for the safety of residents and issues of housing, loans, job applications, education, health care, and more.

Currently, the process for someone to change their name in Illinois begins with a name change form, a witness signature, attendance at an in-person hearing and ending with a judge entering an order granting or denying the request. The law also requires publishing notice of name change hearings in a newspaper for three consecutive weeks.

If the new bill passed, the process would be much simpler. The witness signature would be eliminated and more residents would be able to request a waiver of the publication requirement, providing increased safety to trans and gender-expansive people who don’t want to be outed.

“It’s a learning curve for people,” she said. “People need to understand the circumstances that folks find themselves in and what the bill actually means. It is really just granting folks the same opportunities to make their case as anyone else has.”

Cassidy has been working on making these changes to the law for about four years in the House through this current bill and previous versions that failed to pass through both houses for a number of reasons.  This current bill has passed through the House but is currently stalled in the Senate.

Rep. Cassidy has felt pushback from more conservative-minded members of the Senate who are concerned about those with sexual crime history. Sex crimes are often defined as other violent crimes and human trafficking and sex work doesn’t usually fall under the ban, but sex workers are often targeted by other means.

“If anyone really understands the trans experience in the eighties and the nineties and the early two-thousands, fraud was as equal to sex work in our experiences of survival,” Ortiz said while talking about her felony. “I believe they added this factor to the bill to impact trans women and particularly trans women of color.”

Like Ortiz, many transgender women were forced to engage in sex work purely to survive and are now deemed in the likes of sexual predators, yet their situations were circumstantial and often their only option.

If it passes through the Senate in the next session, she and others who apply for a name change will still have felonies on their record and their names given at birth will be visible in their criminal history files, but their legal name will ultimately reflect who they truly are.

“It means everything to me to be honest,” Ortiz said, talking about the possibility of legally changing her name. “The [amendment] of the law doesn’t take away our felonies; we aren’t washing our whole background away. My old name will still be somewhere tied into my thumbprint. We just want to be able to change our names.”

Help us publish more stories like this! Please consider supporting us on Patreon.

Sam Stroozas is the sexual health and reproductive justice fellow for Rebellious Magazine and a freelance journalist based in Chicago covering gender and social justice issues. Follow her on Twitter @samstroozas.