There are screams in the distance. They sound like happy screams, but one can never be too sure. McCormick Place has been overrun by cosplayers, spectators, comic enthusiasts, manga enthusiasts, Marvel enthusiasts, gaming enthusiasts—there is a lot of enthusiasm in the convention center.

The Chicago Comic and Entertainment Expo (C2E2), now in its eighth year, has something for everyone. There are panels for “Legends of Tomorrow,” “Overwatch,” “American Gods,” and more. There’s a panel with R.L. Stine, creator of “Goosebumps” and originator of all of my childhood nightmares. There’s a networking session for librarians. Cards Against Humanity allows C2E2 guests the opportunity to pose in a giant ceramic hotdog. 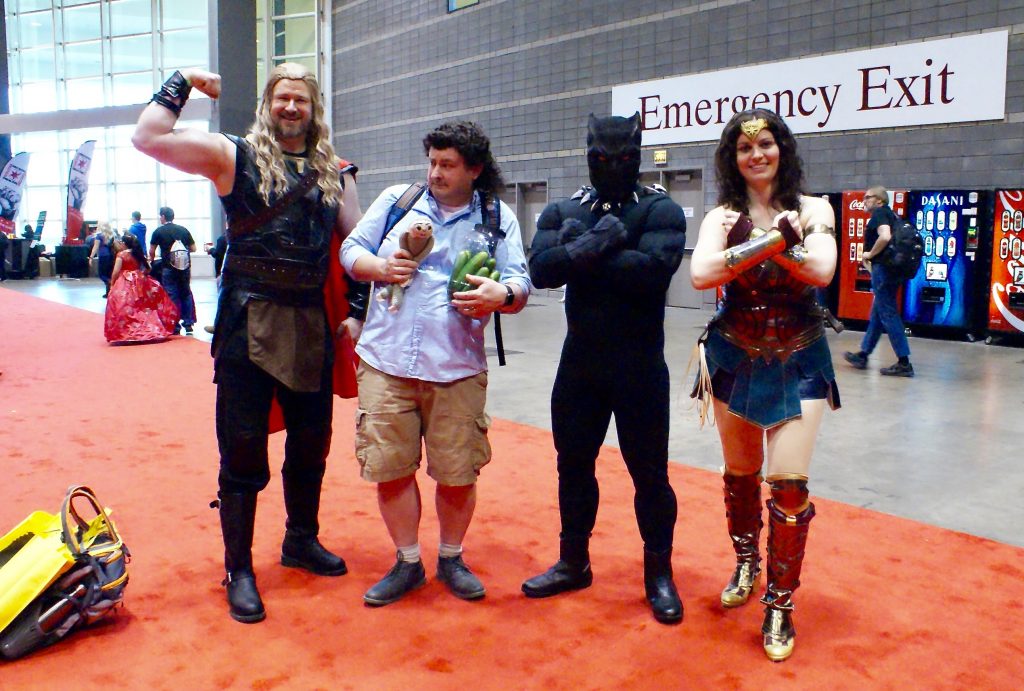 “I’ve been here since it started,” said Kearstin, a cosplayer dressed as Katana from “Kung Fury.” “It’s great because it has something for every spectator, whether it’s video games, books, art, comics, comedy—it really has it all.”

“It’s so cool to have so many different artists in one place,” said Paul Czarnowski, comic artist and creator of “Robots With Coffee.” Czarnowski also works on “(Fucking) Forty,” a graphic novel created by Ed Siemienkowicz about turning 40 and facing the most challenging year of his life. Siemienkowicz outlined the challenges of that year before his untimely passing due to complications from pancreatic cancer. A group of his friends called upon more than 130 artists to finish the work and create an anthology of Siemienkowicz’s story. “The story was divided up into pages, and more than 100 people have worked on the book,” said Czarnowski. “It’s a collaboration with artists from all over the world.” 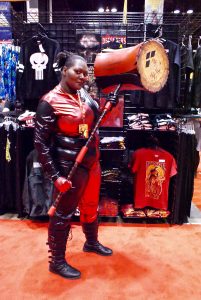 Art is on display in every forum—one of the bigger attractions is the C2E2 Crown Championship of Cosplay that features entrants from around the world with extravagant costumes designed to feature the best of pop culture. There are a daunting amount of cosplayers on the convention floor. It is impossible to go more than 20 feet without running into a Leia. “The best costume I’ve seen so far was a group of Guy Fieris dressed as Guy Fieri’s Diners, Drive-Ins, Drives, Dungeons and Dragons,” said Naomi Vandoren, a fantasy illustrator and artist.

“I grew up on this,” added Candace, a cosplayer dressed as Black Cat. “[Cosplay] allows you to become the people that you look up to. That’s why people keep coming back.”