Imagine a night out with six of your funnest friends, the ones who make you laugh the hardest, say the hilarious things you wish you could and who will do absolutely anything – anything – to crack you up.

That, friends, is what it’s like to see “She the People,” Second City’s sketch comedy show featuring six hilarious leading ladies who cover all things funny about womanhood – you’ll never see Spanx the same way again – to a bunch of the things that aren’t even remotely funny but that we laugh about to keep from crying – body image, racism and sexual harassment.

Rebellious Magazine sat down with five of the six cast members, who are as funny offstage as they are on. Here are four questions with: Carisa Barreca, Alex Bellisle, Katie Caussin, Alexis J. Roston and Kimberly Michelle Vaughn. Missing from the conversation is Maria Randazzo. Responses have been edited for length, laughter.

What’s your favorite part about being in this show?

Alex: The audience is my favorite, how hungry they are for the show, and how excited they are that it’s happening. There are times that we can’t finish lines because people are whooing too hard. That’s so cool, and to be able to get that every single show is awesome.

Carisa: The cast. The fact that this is a show of all women, even backstage, is an experience that I’ve never had before. Being able to just be onstage creatively working with a group of powerful and funny women. It’s something that I’ve never had a chance to do before.

Kimberly: We check in with each other, every single time. It’s nice to have strong women around you just being like, I got this. We’ll take care of each other.

Alexis: Being the president of the United States. (Spoiler alert: This actually happens.)

Why is it so important that this show is happening now?

Carisa; The climate, it was called for, absolutely.

Alex: We would’ve loved to do the show before now, too, it’s marketable now, with the climate.

Katie: It’s been in the air for quite a while, this empowerment thing, certainly with a woman running for president, in pop culture last year with “Wonder Woman” coming out, that whole thing kind of happening in the last few years that culminated in the “Times Up” movement, which started right as we started the show in the fall.

Kimberly: Not all women get to say what we get to say onstage, and so we contribute to the voice of the underprivileged women out there who don’t have a chance, who are always being silenced.

Carisa: Our audiences have proven to us that it is time for this show. Before we even start talking, they’re cheering. We’ve had women come up to us before and say they have never seen six women on stage before, and it’s powerfully hit them, and they’re crying because they’ve just never seen just six women on stage.

Kimberly: We are the Spice Girls. 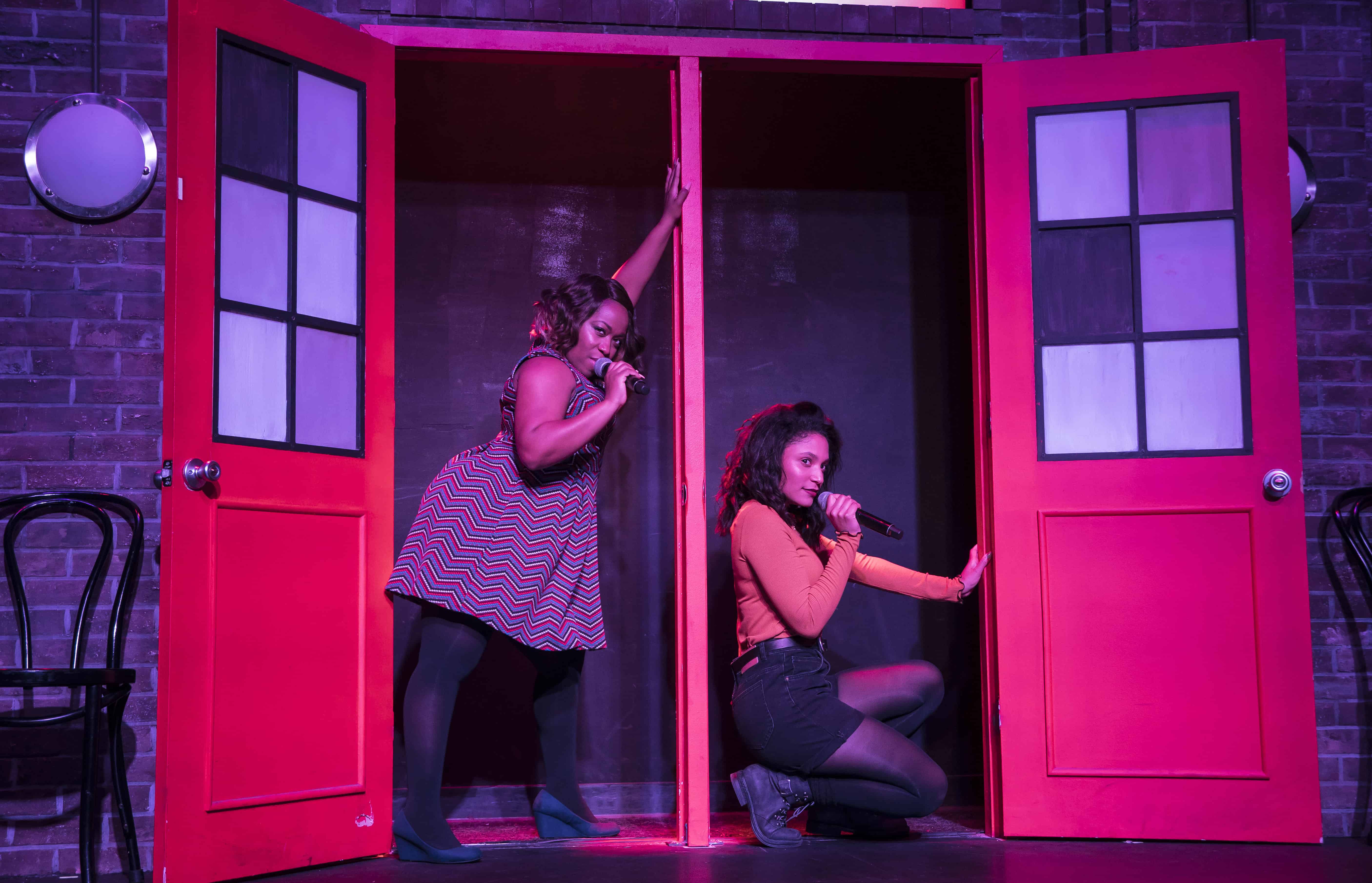 Alex: I’ve had more tearful interactions with people who have come to me after this show than any other show I’ve ever been in, whether it was drama, whether it was whatever. People just feel overwhelmed in their expressions with me afterwards.

Katie: The male response has been really positive, as well because, at the end of the day, it’s a funny show.

What can people expect?

Anything else our feminist audience should know about the show?

Carisa: That it’s for them. It’s a love letter to women.

“She the People: Girlfriends Guide to Sisters Doing It For Themselves” is written by Carisa Barreca, Marla Caceres, Carly Heffernan, Tien Tran and Lauren Walker. Abby Beggs is the lighting designer, Mary Mahoney is the musical director and Jaci Entwisle is the stage manager. Heffernan is also the director.