When most people think about a trio of musicians performing classic holiday tunes, they may imagine delicate harmonies and softly strummed guitars, but Melissa Etheridge has another idea about how to rock an old-fashioned carol. When the legendary singer-songwriter took the stage at Skokie’s North Shore Center for the Performing Arts on Dec. 13, she and her talented trio redefined what it means to get into the Christmas spirit.

After a blistering rendition of the traditional holiday tune “It’s Christmas Time,” Etheridge delivered a masterful cover of William Bell’s “Any Other Way,” which appeared on her latest album “MEmphis Rock and Soul.” Fans rose to their feet as she strummed the iconic chords from her 1995 smash hit “I Want To Come Over,” cheering out whenever the music and the mood proved to be irresistible. 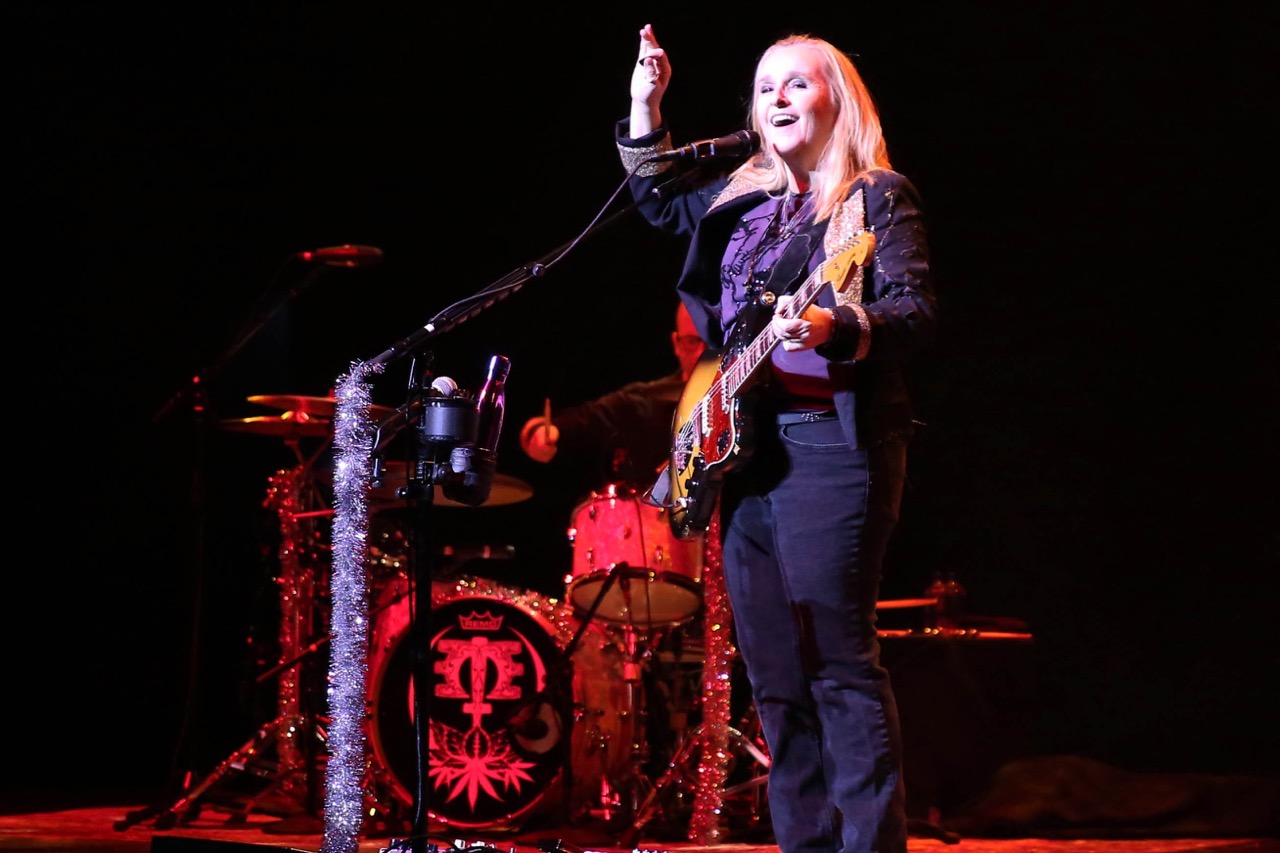 Etheridge set the stage for a very welcoming and inclusive show, regularly taking time out to share her thoughts about music, life, politics and the undeniable power of love. Her slow and thoughtful “Brave and Crazy” tune “You Can Sleep While I Drive” – which was highly requested by fans who voted to set the setlist – featured a pensive, subtle solo brimming with emotion from bassist David Santos.

Back in 2008, Etheridge released her own holiday album, “A New Thought for Christmas,” which was somewhat inspired by her surviving a scary battle with cancer. Growing up in a Methodist household, she had a fondness for the holidays, which she now thinks of more in terms of multiple faiths enjoying the winter solstice.

“I planned this tour back in February and March thinking it would be fun to do,” Etheridge said before performing “Light A Light.” “What I didn’t realize is how much I would need this right now,” she continued – referencing the 2016 election results. She went on to say that if we think from a “loving place” then we’re all going to be OK.

The holiday inspiration continued with “Christmas in America,” which Etheridge wrote in 2003 after sitting by – and chatting with – a soldier who wouldn’t be back home for quite some time. Her beautiful mandolin-laden “Only Love is Real,” electric with drummer Brian Delaney’s thumping rhythm, served as the perfect lead-in to the timeless John Lennon and Yoko Ono track, “Happy Xmas (War Is Over).” “O Night Divine,” Etheridge’s take on “O Holy Night,” featured several unbelievable guitar solos that would have made Jimi Hendrix proud.

Etheridge once again brought fans to their feet near the end of the show as she dove into some of her biggest hits, such as “Come To My Window” and “Bring Me Some Water,” which included a Springsteen-esque performance of “Santa Claus Is Coming To Town.” She left fans with one last message of hope saying, “2017 is gonna rock. See you next year.”

Melissa Etheridge has plans to tour with her Holiday Trio through Dec. 18, and she will continue performing in support of “MEmphis Rock and Soul” in January. Head over to MelissaEtheridge.com to stay up-to-date with all of her latest news.