Each year, Pitchfork reliably puts together one of the most interesting collections of artists for its annual music festival, and 2017 is no different. Indie darlings, modern soul superstars and elusive art rockers are all set to converge at Chicago’s Union Park July 14-16 for three days of engaging live music. Here’s a look at just a few of the Rebelle acts we are looking forward to seeing at this year’s event.

Late last year, Solange redefined the soul genre with her captivating record, “A Seat at the Table.” Her artistry and ability to craft catchy songs fuse in perfect harmony throughout the release, which earned her a Grammy for Best R&B Performance for the single “Cranes in the Sky.” Solange is known to turn up every aspect of her musicality and creativity when performing live, so her festival-closing, headlining set on Sunday, July 16 is a must-see for all music fans.

Unadulterated rock and roll – full of fuzzy guitars and slinky basslines – are what fans love about the L.A. rock band Cherry Glazerr. Their latest album, 2017’s “Apocalipstick,” is a cover-to-cover celebration of contemporary grunge as front woman, Clem Creevy, alternates between deafening howls and airy melodies. Don’t miss them on Saturday, July 15 – which also features a highly-anticipated headlining set by hip-hop legends, A Tribe Called Quest. 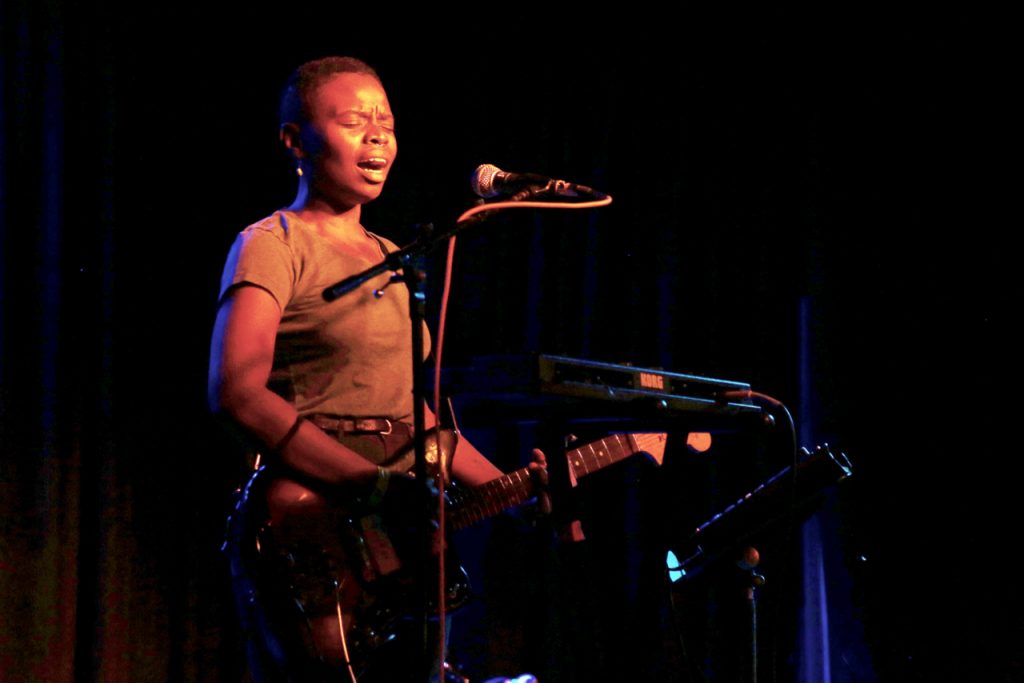 Also performing on Saturday during Pitchfork is the enrapturing singer-songwriter known as Vagabon (Laetitia Tamko). She wears her vulnerability like a badge of honor throughout her 2017 debut, “Infinite Worlds,” captivating listeners with her powerful vocals and poetic lyrics. We had the pleasure of seeing her at Beat Kitchen last year, so believe us when we say that you do not want to miss her Pitchfork set.

Angel Olsen’s third album, “My Woman,” was ranked among the best releases of 2016 on just about every year-end list last December. With songs like “Shut Up Kiss Me,” “Sister” and “Intern” it is easy to see why she garnered such praise as her timeless indie rock transports listeners to a place where heartbreak yields power and a song has the ability to change your life. She is performing at Pitchfork on July 15 – Be there.

It’s been eight long years since PJ Harvey has performed in Chicago. Her latest album “The Hope Six Demolition Project” – which critically examines the Hope VI projects’ disregard for residents and the community at large as well as other social and political issues – has received critical acclaim all over the world. If you can only see one set at Pitchfork 2017, make it PJ Harvey’s July 15 performance.

Pitchfork Music Festival takes place in Chicago’s Union Park on July 14-16. Other notable performers include LCD Soundsystem, Dirty Projectors, George Clinton & Parliament Funkadelic and many more. Click here to pick up tickets and head over to Pitchfork.com/Festival/Chicago to view the full lineup.