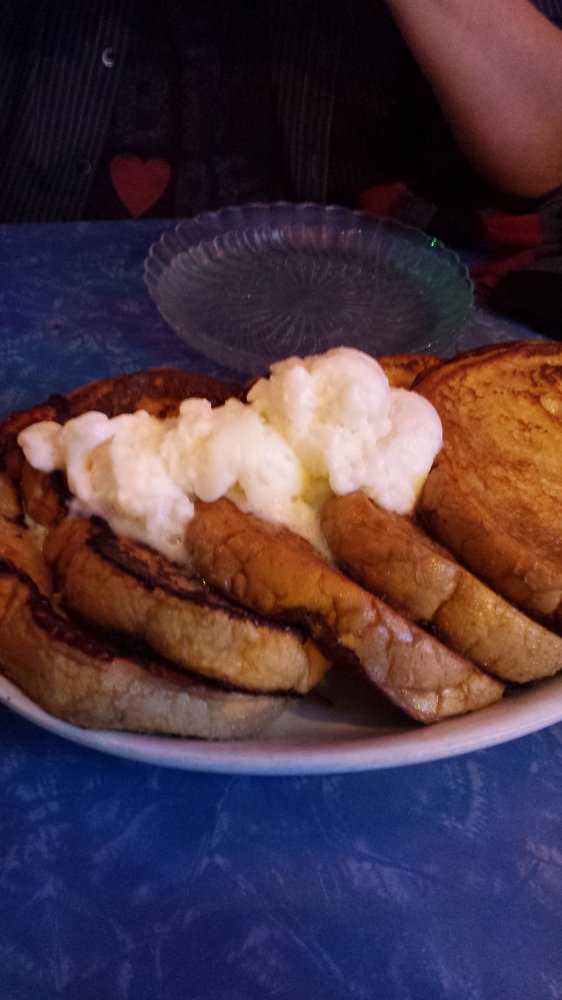 Chicago has more than 7,000 restaurants, and let’s face it: From Kuma’s Corner to the Weiner’s Circle, this city caters to carnivores. When I embraced a vegan lifestyle, I was afraid I’d have nowhere to stuff myself. Boy, was I mistaken. I’ve dined at many of Chicago’s vegan restaurants, and I’ll say this: Picking the top vegan restaurants in Chicago is kind of like picking your favorite lover. There are so many, and they are all impressive in their own ways. Some of them are better known than others, and some of them are more low-key and underrated, but Chicago’s got a proud list of dreamy vegan restaurants where you can rest assured that no animals were harmed in the making of your meal.

What’s a vegan to do when it’s 3 a.m. and you’re buzzed and hungry in Wrigleyville, where every third restaurant serves pizza? Head south on Clark and escape to Pick Me Up Cafe, where the chefs sling vegan scrambles ‘til 4 a.m. on Fridays. When you’re vegan, it’s rare to find a menu with more than a couple vegan dishes, but the menu at Pick Me Up is practically a love letter to vegans. Vegan nachos, vegan mac and cheese, vegan pizza made with whipped tofu. There’s even vegan banana nut f-f-french toast. . . . . (Sorry, I just fainted for a minute there).

If you’re vegan, Thai food can be tricky, since many sauces are fish-based, but you needn’t worry at Urban Vegan. This Thai spot specializes in vegan cuisine (there’s even a grilled tofu burger). If your mouth isn’t already watering enough, let me just list some of their fare: Orange (soy) chicken, fried dumplings, and soy shrimp tempura, to name a few. You can add soy fish, soy chicken, soy shrimp, and even vegan pepper steak to any of Urban Vegan’s to-die-for curries.

You wouldn’t know it by tasting the spaghetti and meatballs, the enchiladas, or the biscuits and gravy, but everything on the menu at Karyn’s Raw Bistro is vegan. And none of it’s cooked. The best part? It’s female-owned by entrepreneur and natural health goddess Karyn Calabrese, who opened up Karyn’s Fresh Corner, the attached juice bar, more than three decades ago. Diners can detox with fresh juices, and grab egg salad and fish sandwiches (vegan, of course). If raw foods aren’t your jam, the same venue also includes Karyn’s Cooked, where chefs whip up such yummy items as fishless tacos and jerk tofu wraps.

I couldn’t leave out one of the best-known vegan restaurants in Chicago, known as much for its milkshakes as it is for its cuisine. Chicago Diner boasts a menu of vegan items that meat-eaters will envy: shepherd’s pie, reuben sandwiches, and my personal favorite, vegan gyros. If it’s on the menu and it’s not vegan, they’ll make it vegan. If you’re hoping to have an easier time picking a dessert, you’re in for a (pleasant) surprise. There’s a  peanut butter cookie dough shake, a salted caramel shake, a carrot cake shake, and several other scrumptious vegan milkshakes if you have room left after dinner.

Set amid the landscape of Devon Avenue’s Little India, it’s easy to pass Uru Swati’s unassuming exterior amid the neon-lit shops and colorful storefronts, which sparkle with jewelry and clothing. It’s one of the first vegan-vegetarian restaurants I dined at, and it’s still one of my favorites. If you’re vegan, try to stick to the South Indian menu, but don’t pass up the eggless omelet; just ask for it sans french toast.

A vegan French dip may sound like some mythical thing you can only eat in your dreams, but it’s not. You can dine on this miracle sandwich — an edible reverie of seitan, vegan gravy and vegan cheese sauce — at Heartland Cafe, which has been a Rogers Park fixture as long as I’ve been alive. You may remember it from such historical moments as when a fella named Barack Obama announced he was running for President.