They say that laughing is the best way to cure what ails you, so Chicago comedy fans must be feeling downright invincible after experiencing the healing hilarity at The Chicago Women’s Funny Festival. The event – now in its sixth year – brought 400 comedians together at Stage 773 to perform hilarious sets ranging across and representing the entire comedy spectrum.

Stand-up, sketch, storytelling, singing and more techniques entertained and cracked up fans throughout the night on Friday, June 16. Taco Tuesdays, Royal Tease, Crist Guzman, Liz Blanc, Brittani Ferguson and Jen Murray all performed during the 8 p.m. hour as did festival founders Jill Valentine and Liz McArthur (pictured above). As the hilarious duo known as Feminine Gentleman, Valentine and McArthur portrayed a crazy cast of characters in The Box theatre, improvising and riffing off each other – and members of the audience – to create a completely unique comedy experience. 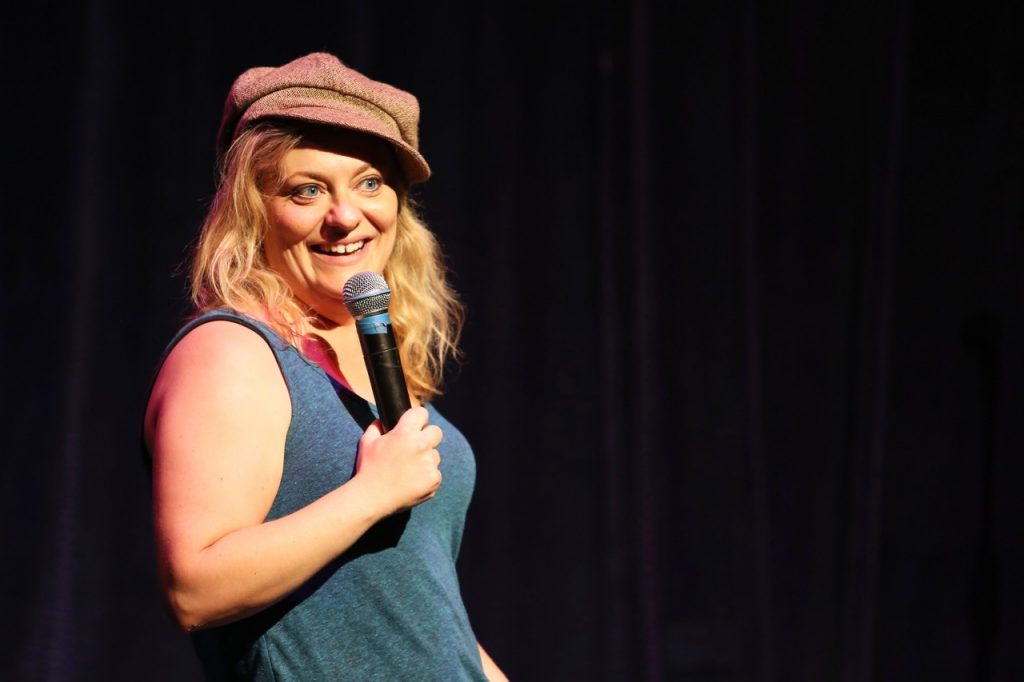 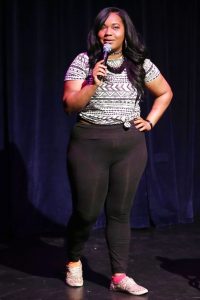 Alex Kumin continued the stand-up hilarity with intelligent, introspective, politically-charged bits that surprised at every turn as she navigated the murky waters of the current healthcare state with her incredibly sharp wit. Pro Theater Stage headliner Rebecca O’Neal closed out the set with big laughs as she detailed her love of Michelle Obama, personal trainers and the sci-fi classic, “Yo, Robot.” Each of these four comedians’ unique and distinct style highlighted their individual sense of humor while effortlessly bolstering the show at large. The performance got to the heart of what The Chicago Women’s Funny Festival is all about: Hilarious ladies making jokes, being fearless and supporting each other along the way.

Elizabeth Gomez‘s storytelling set, “Circle of Dicks: Becuming Gomez,” was everything at once. Simultaneously funny, honest, frank, happy and sad, the show redefined the meaning of the word comedy as she recalled the important men in her life through funny and sometimes frightening recollections that revealed how she became the strong woman she is today. Noelle Hoffman also found inspiration from relationships past to create catchy comedic songs that examine the absurdity of love and lust. 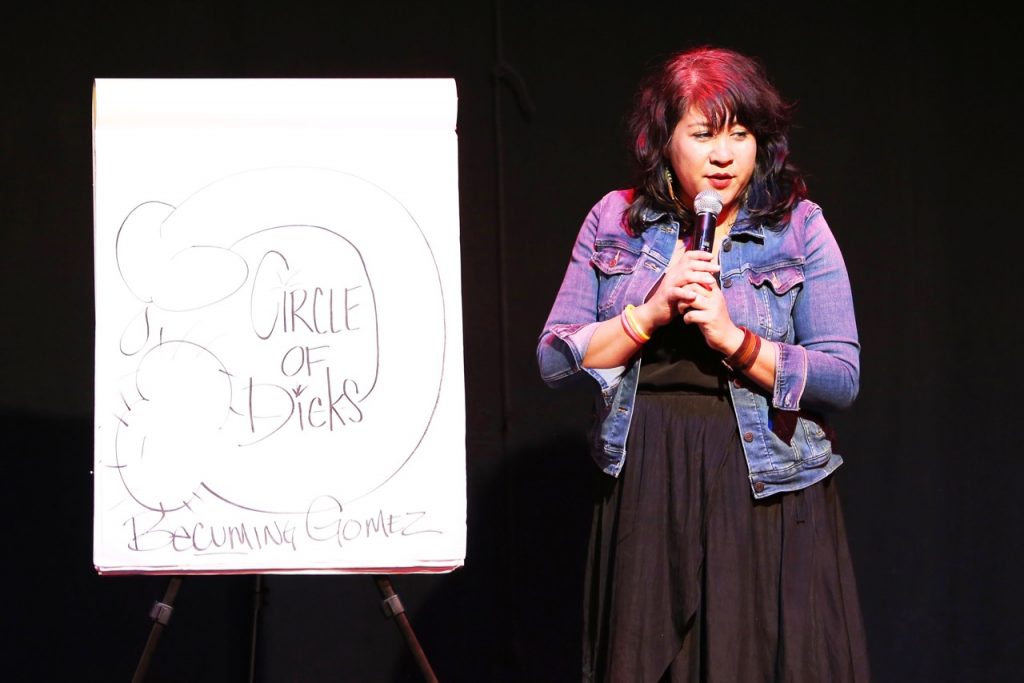 Drunk Monkeys, Party Cops, Alexandra Tsarpalas, Ariana Freeman, The Kates, Party Cops and many more acts also brought the funny to Stage 773 on the evening of June 16. The Chicago Women’s Funny Festival created a celebratory comedy event featuring lots of laughs, love and the hilarious ladies who are working their butts off to help Chicago continue to hold its title as the best comedy city in the world.